This Sunday’s review is about Warm Bodies which was written by Isaac Marion. I’d seen the advert for the film a couple of times and really wanted to see it, but I picked the book up before making my way to the cinema. I find that I enjoy reading the books more than watching the films in some circumstances; I get more drawn into them and feel like a part of the story. 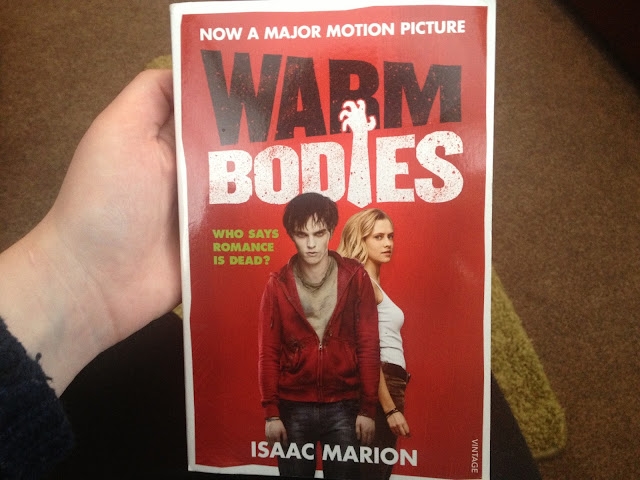 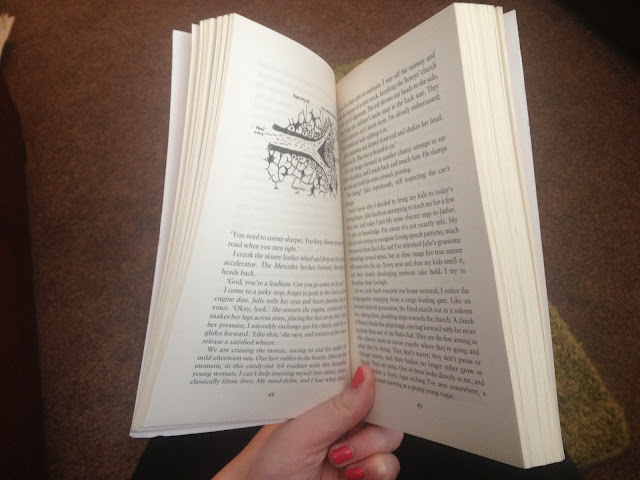 The book was described as a “zombie romance” and that pretty much sums it up. The book is written in first person, and is narrated by a zombie who inhabits a post apocalyptic America. Throughout the film there are references to wars and natural disasters, but no specific reason as to why the land has become ridden with zombies. With no memory of his past, the zombie can only remember the first letter of his name, R, and this is what he is known by. When on a hunt with other zombies, R encounters a meeting with a girl called Julie, and this begins the story of an unexpected relationship.

I really enjoyed the book, especially the way it is written. Stephanie Meyer, famous writer of the Twilight Saga, praised the book highly and even though I loved her books, I thought that Warm Bodies would be quite similar. I was pleasantly surprised  The book isn’t “lovey dovey” as such, it is more serious and even though about zombies, more realistic. Don’t get me wrong, I love a good romance, but I think this book suited Marion’s style of writing.

R is quite a relatable character, despite the minor detail that he is a zombie… He is reasonable, with a conscience, and you can find yourself agreeing with the decisions he makes. I found myself disliking Julie at some points, I’m not entirely sure why? Even though a slightly predictable story line, there were some well structured twists and it was definitely an enjoyable read. Again, like Safe Haven (you can read my review of that here), I read it in around 2 days.

I still haven’t seen the film yet, but I definitely want to and would recommend that you read Warm Bodies too. Have any of you read it? What do you think?

Thank you all for reading!