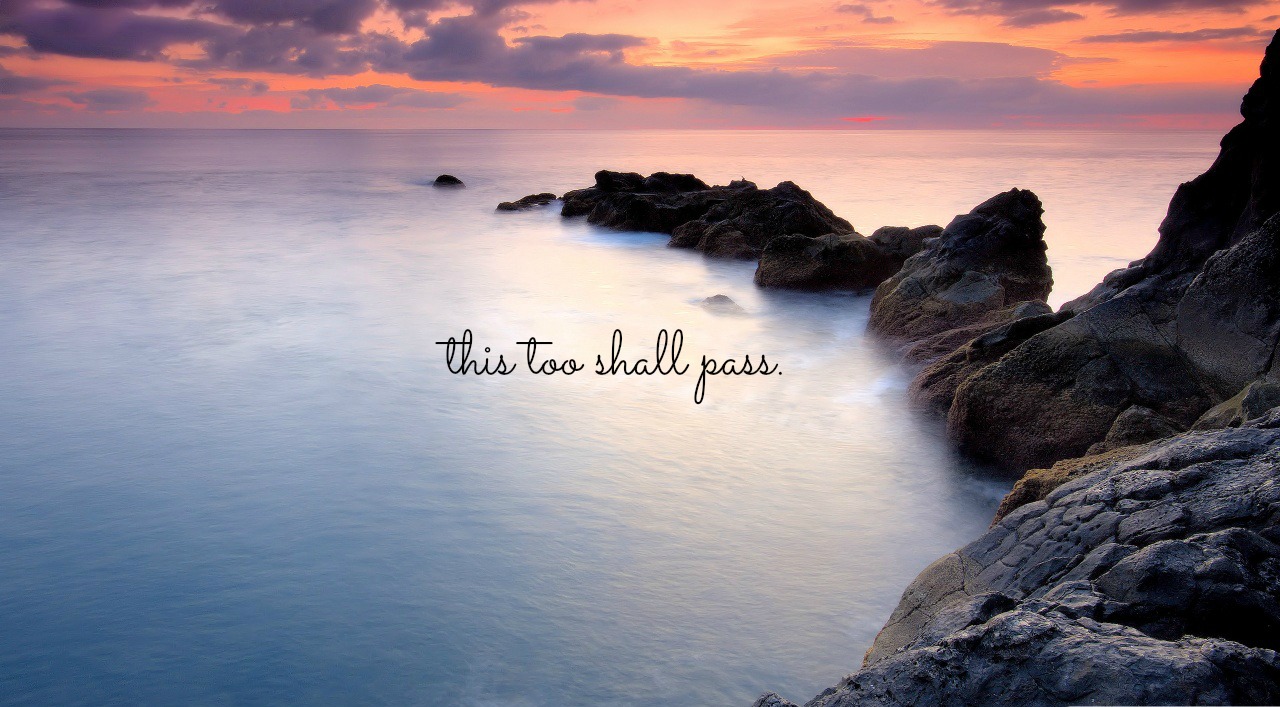 image link – edited by me

I think I’ve only briefly mentioned my anxiety on here before, and I’m not going to go too in depth with it today; I’ll save that for another post! But more and more frequently I’m seeing people talking about anxiety, depression and other mental health issues. Whether that stems from people feeling like it’s more acceptable to admit to nowadays (which I find both sad and infuriating at the same time, but again, that’s another post), or because the stresses of modern day life have a bigger impact recently. Whatever the cause, the solution is not always easy nor the same for everybody else. And while I am not claiming that “I know the cure for anxiety!” because a: I’m not a doctor and b: I’m not even sure that there is a ‘cure’ as such, I’ve accumulated a couple of tips over the past year or so as to how to ease those feelings of anxiety. What works for me might not work for you, and I am not trying to sound patronising with any of these tips, but I’m hoping that you can take something away from this post to help you feel more relaxed. Grab a cuppa, this could be a long one.

I’ve found that understanding what anxiety actually is and where the anxious feelings come from really help me to reason with myself that actually, I’m ok. For example, anxiety is completely normal. While it’s not a nice thing, it’s the body’s natural response to danger, when you’re feeling threatened, under pressure or facing a stressful situation. The panic brings about the “fight or flight” effect: adrenaline is released into your body as your brain is considering whether to stay and see out the event that is making you anxious, or to run away from it. For example, you come across a tiger in a jungle. Your heart speeds up to promote the energy that you may need to “fight off” the situation, but if you’re actually just sat on a bus, this feeling can be very uncomfortable – but it’s normal. Blood moves away from the digestive system and into your muscles, which is why your stomach might flip or you may feel sick. As the blood moves away from the surface of your skin, which means if you were cut in this situation you would lose less blood, you may experience numbness or claminess. These are only a few ways to understand what’s going on, and I know it’s easier said than done to remember this is why you’re feeling so on edge during a panic attack, beleive me. But, over time it will help you to reason with yourself that you will be ok.

This is something my doctor brings up every time I go and see her, and I’m ashamed to say I don’t listen to her very well. Taking a walk can really help to clear your mind and put things in perspective, and exercise can help to burn the energy your body creates when feeling anxious. Although it’s not something I do religiously, I find that if I do some exercise on a particular day, I feel more refreshed and ready to take on whatever is coming. For example, this weekend just gone I went on two walks with my boyfriend and both during and after I felt calm and happy.


Another thing a doctor told me when I first came to understand I had an anxiety disorder, is to pay attention to your breathing and I found this actually helped me. When you feel yourself start to get anxious and your breaths are becoming shorter and faster, look down. Is it your chest moving, or is your stomach moving in and out? Make sure you’re breathing from your diaphragm; it should help you to take control of the situation and your breathing before the situation gets any worse. Meditation can also be a huge help, and there are lots of useful apps and websites that can help you along.

Don’t run away with your thoughts


It’s easy to get carried away when you’re feeling anxious and run away with your thoughts, so try to ground yourself in the moment. Whether that’s by physically touching what is around you or maybe by counting every red car that goes past if you’re on the bus, or saying the name of each object in the room in your head until you feel better, really plant yourself there. It can also be a great distraction technique, but this is only a temporary fix.

“This too shall pass”


As I said above, it’s really easy to get carried away and think all sorts of situations up when you’re feeling anxious but it’s so important to remember: “This too shall pass”. It’s uncomfortable, upsetting and frustrating but the feelings will pass, and soon, you’ll be completely fine.

Try not to avoid situations

Without going into too much detail, the biggest contributor to my anxiety is being in a place that I can’t easily just get up and leave without causing a scene or being noticed. Sounds crazy, I know, but that’s just what does it for me. For a long time, I did not want to get on a bus, go to a lecture or the cinema. But I found that the longer I tried to avoid the situations I felt more and more anxious about them. So what now? I get two buses every day to work, I go to the cinema with my boyfriend at least once a week (in fact I’m actually just about to buy a member’s card as I go that often!) and I do my best not to miss lectures. I feel so much more empowered by the fact that even though I know I might feel anxious, I’m still doing it. It’s like a big “EFF YOU ANXIETY! I’m getting on this bus anyway and I’ll be fine!”

Come up with a compromise

Following on from the above, although I still do the majority of things that make me anxious, I do them because I’ve found a compromise. On the bus, I try and sit on the front seats. In the cinema, we book seats for the end of a row. In lectures, I try and sit near the back and near the exit. To anyone not suffering with anxiety these can sound like such petty things, but they actually make all the difference to me. Move me two seats down the row in the cinema sandwiched between a group of people? Chances are I won’t be feeling too great. The point is, I’ve learned how to deal with the feelings, and how I can still do everything I used to, if only with a little compromise.


What we eat and drink can have a huge influence on our emotional state, with caffeine and alcohol being the biggest offenders. Now, I rarely drink alcohol myself (which is not a big deal as you can read about in this post) and since discovering caffeine is a huge anxiety trigger, I cut that out of my diet too. Because caffeine has a stimulating effect, it can trigger panic attacks and increase feelings of nervousness and irritability. Better to just stick with the decaf I reckon. Read this post for more information on how different foods are linked to stress and anxiety.

Now I don’t need much persuasion to hit the hay, but disrupted sleep is common in many emotional disorders. It’s a viscious cycle, poor sleep = anxiety, anxiety = poor sleep. A study showed that losing only a few hours of sleep can increase feelings of stress, anger, sadness and exhaustion so it’s important to try and catch those z’s. Read my post on how to get a better night’s sleep to get some ideas!


Most important, know that you are not alone. More than 1 in 10 people will suffer from anxiety at some point in their life; it’s more common than you think. I would really recommend that you speak to your GP or a counsellor if you think you have anxiety. Whether counselling or medication works best for you, there are ways to treat anxiety and if left untreated the condition can become quite serious. Talking to a friend, your family or your partner can help so much you don’t understand. At first I felt like everybody thought I was just being dramatic and that it was “a phase” but after sitting down with everybody, letting them know what I was thinking and how I was feeling, the support I get now is unreal. Don’t underestimate the power of support.

I hope this post is of some use to you, and that you can take something from it. Anxiety affects each person differently, some more severe than others, and it can be hard to deal with. Like I said, I’m no doctor so if you think you may be suffering with anxiety, speaking to a professional is so important. There are so many different ways you can receive help, and it will make your life so much easier to live.  I might write another post on my anxiety, but that will come at a much later later date. Recently I came across this quote and just wanted to share it with you:

“People tend to think that happiness is a stroke of luck, something that will descend like fine weather if you are fortunate. But happiness is the result of personal effort. You fight for it, strive for it, insist upon it, and sometimes even travel around the world looking for it. You have to participate relentlessly.” – Elizabeth Gilbert