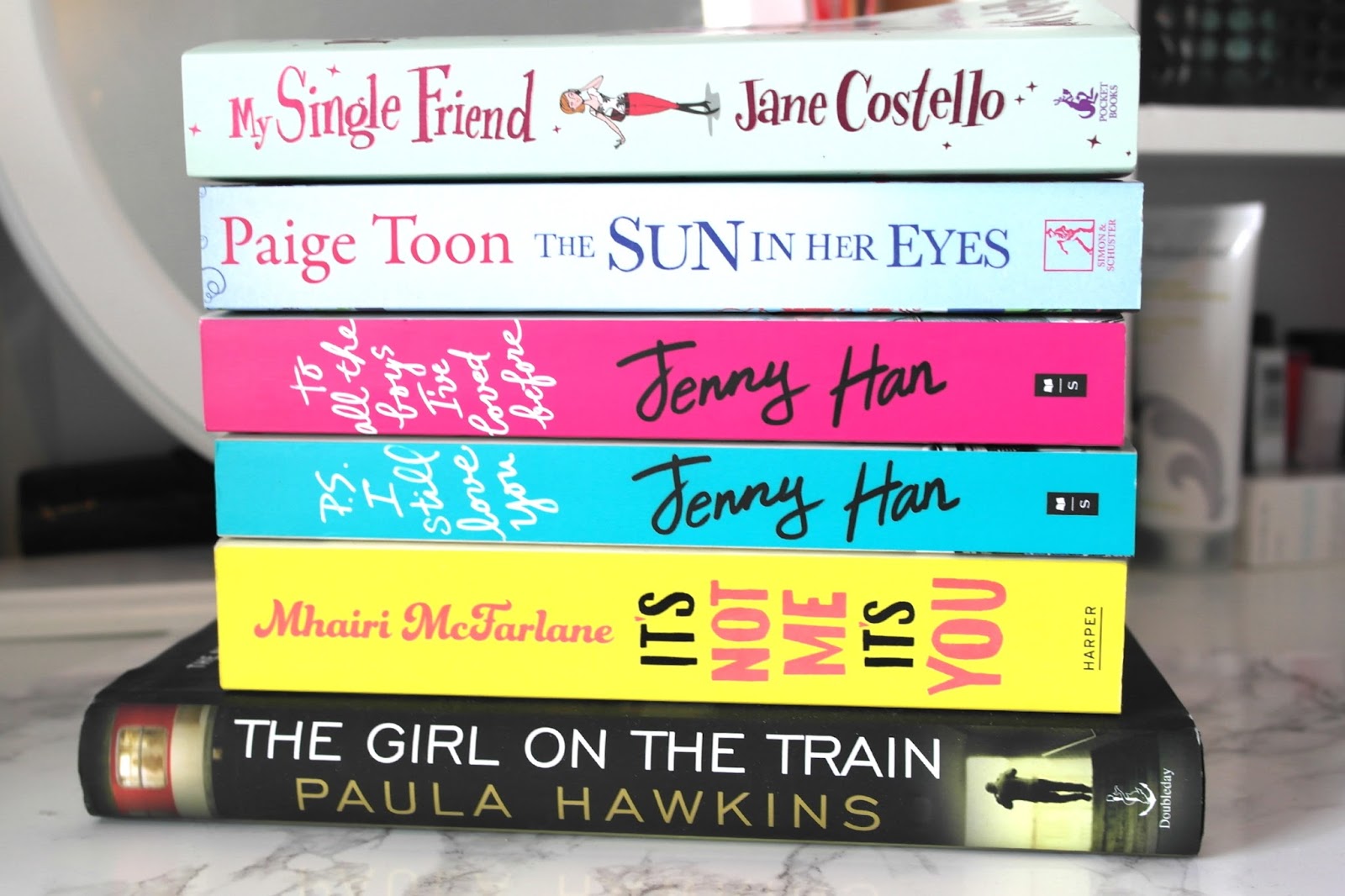 One of my favourite things to do on holiday is to relax on the beach with a nice drink and a good book. While for some people, like my boyfriend, this might not be your idea of fun during a holiday but for me it’s the perfect way to wind down and get away from all the stresses at home. Over the past few months I’ve been hoarding accumulating various books ready to take away with me, so I thought I’d share them with you guys! Hopefully you can pick up a few recommendations from here, and please leave any books you’ll be reading in the comments so that I can add them to my collection.

There are actually quite a lot of books on this list… oops. Whether I actually take them all depends on the weight of my suitcase when I’m all ready and packed but fingers crossed, this is what I’ll hopefully be reading on a sunny beach in the Costa Blanca next month!

“At 28, Lucy is doing well for herself. She’s got a great job in PR, her boss loves her, and her best girlfriends Dominique and Erin think she’s great. More important than anyone’s opinion is that of her flatmate, and oldest friend in the world, Henry. For twenty years they’ve been inseparable: beauty and the geek. Henry thinks the world of Lucy. So why does she feel the need to lie outrageously on dates? Lucy is so loveable: why can’t she just be herself? But when Lucy turns the spotlight on Henry, he wishes he’d never brought it up. With a penchant for jumpers and NHS-style specs, Lucy decides that Henry is in need of a makeover – big time.  A new haircut, contact lenses, a flirting master-class from Dom …poor Henry doesn’t know what’s hit him. But nothing can prepare them for the surprise results! Before long, Lucy realises that their lives will never be the same again.”

Who doesn’t love some good chic lit on holiday, right? I’ve
read some of Jane Costello’s books before and have really enjoyed them, so I’m looking forward to reading this and having to think about nothing else!

The Sun In Her Eyes

“Amber was three when a car crash stole her mother’s life. She doesn’t remember the accident, but a stranger at the scene has been unable to forget. Now, almost thirty years later, she’s trying to track Amber down. Amber meanwhile is married to Ned and living on the other side of the world in London. When her father has a stroke, she flies straight home to Austrailia to be with him. Away from her husband, Amber finds comfort in her oldest friends, but her feelings for Ethan, the gorgeous, green-eyed man she once fell for, have never been platonic. As Ethan and Amber grow closer, married life in London feels far away. Then Amber receives a letter that changes everything.”

I’m a huge fan of Paige Toon and so when I heard that she’d released a new book I couldn’t wait to get my hands on it. Especially with it being only £2 in Tesco and Amazon, go and get your copy quick!

To All The Boys I’ve Loved Before

To All the Boys I’ve Loved Before is the story of Lara Jean, who has never openly admitted her crushes, but instead wrote each boy a letter about how she felt, sealed it, and hid it in a box under her bed. But one day Lara Jean discovers that somehow her secret box of letters has been mailed, causing all her crushes from her past to confront her about the letters: her first kiss, the boy from summer camp, even her sister’s ex-boyfriend, Josh. As she learns to deal with her past loves face to face, Lara Jean discovers that something good may come out of these letters after all.

This book has been popping up all over my social feeds the past few months with a lot of rave reviews, so I decided to buy it and see what all the hype was about.

P.S I Still Love You

I don’t want to write the blurb on here, because I don’t actually want to read it! That’s because it’s a sequel to the previous book and so the blurb would undoubtedly contain spoilers. So, I’m restraining myself from taking a cheeky peek, but all the reviews proved very positive so I’m really looking forward to reading it.

“Delia Moss isn’t quite sure where she went wrong. When she proposed and discovered her boyfriend was sleeping with someone else – she thought it was her fault. When she realised life would never be the same again – she thought it was her fault. And when he wanted her back like nothing had changed – Delia started to wonder if perhaps she was not to blame… From Newcastle to London and back again, with dodgy jobs, eccentric bosses and annoyingly handsome journalists thrown in, Delia must find out where her old self went – and if she can ever get her back.”

Another easy read chic lit, on offer in Tesco. I couldn’t say no, right? Perfect for those lazy Summer holiday mornings.

The Girl On The Train

“Rachel takes the same commuter train every morning. Every day she rattles down the track, flashes past a stretch of cozy suburban homes, and stops at the signal that allows her to daily watch the same couple breakfasting on her deck. She’s even started to feel like she knows them. “Jess and Jason” she calls
them. Their life – as she sees it – is perfect. Not unlike the life she recently lost. And then she sees something shocking. It’s only a minute until the train moves on, but it’s enough. Now everything’s changed, Unable to keep it to herself Rachel offers what she knows to the police, and becomes inextricably entwined in what happens next, as well as in the lives of everyone involved. Has she done more harm than good?”

This seems to be the “it book” of 2015 so far with over 5000 reviews on Amazon and a rating of almost five stars. I’ve seen so many people reading it, read so many positive reviews and I decided now was a great time to
buy it.

What will you be reading this Summer?

⭐ Not for me unfortunately
⭐⭐ Meh, it was ok