I don’t want to speak too soon, but I think June is going to be a pretty good reading month – I’ve already read four books! I’m off on holiday towards the end of the month but I’ll be posting the books I plan to read then in a seperate post, so I’m hoping to get this lovely lot finished by the 26th. 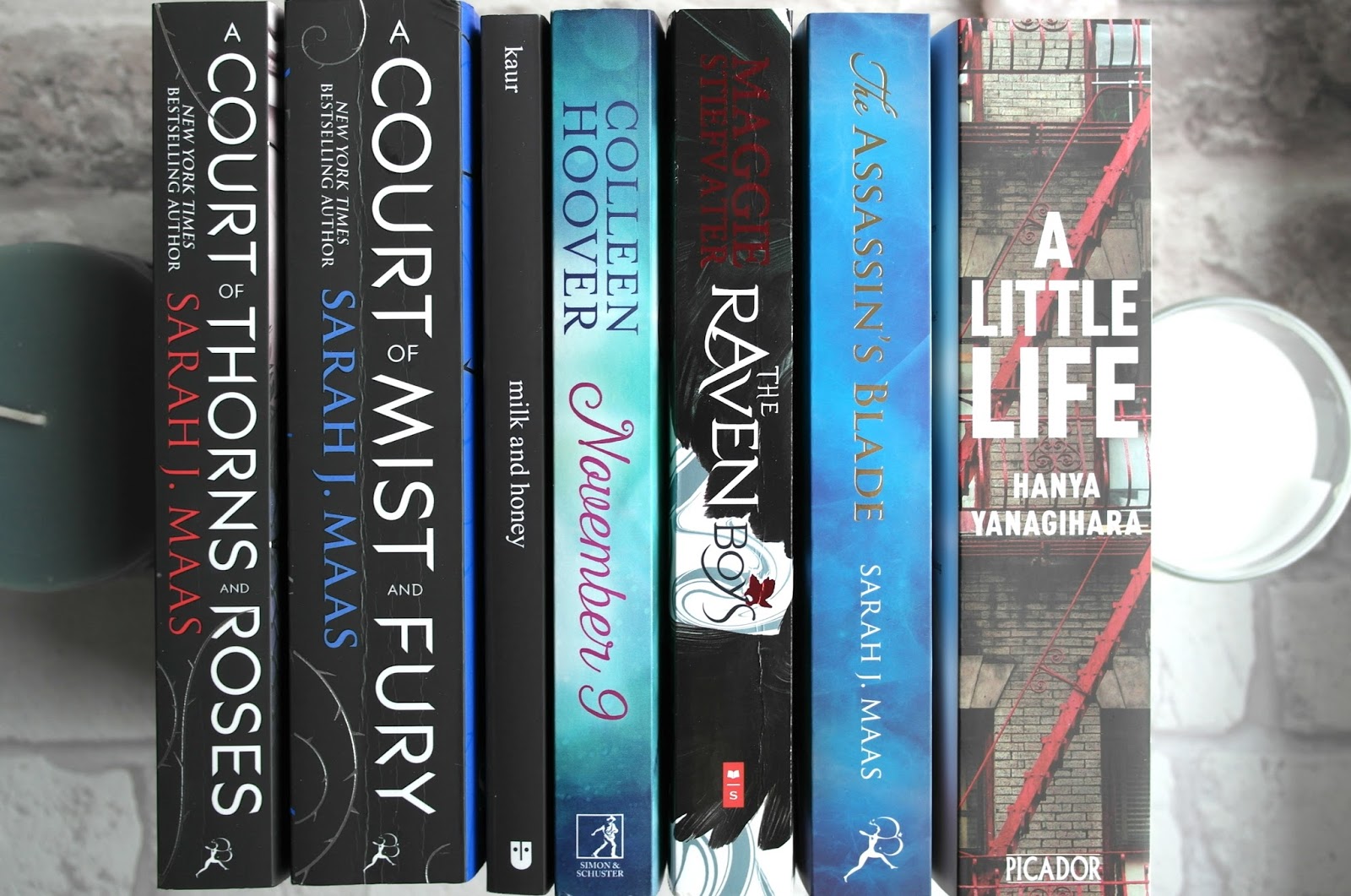 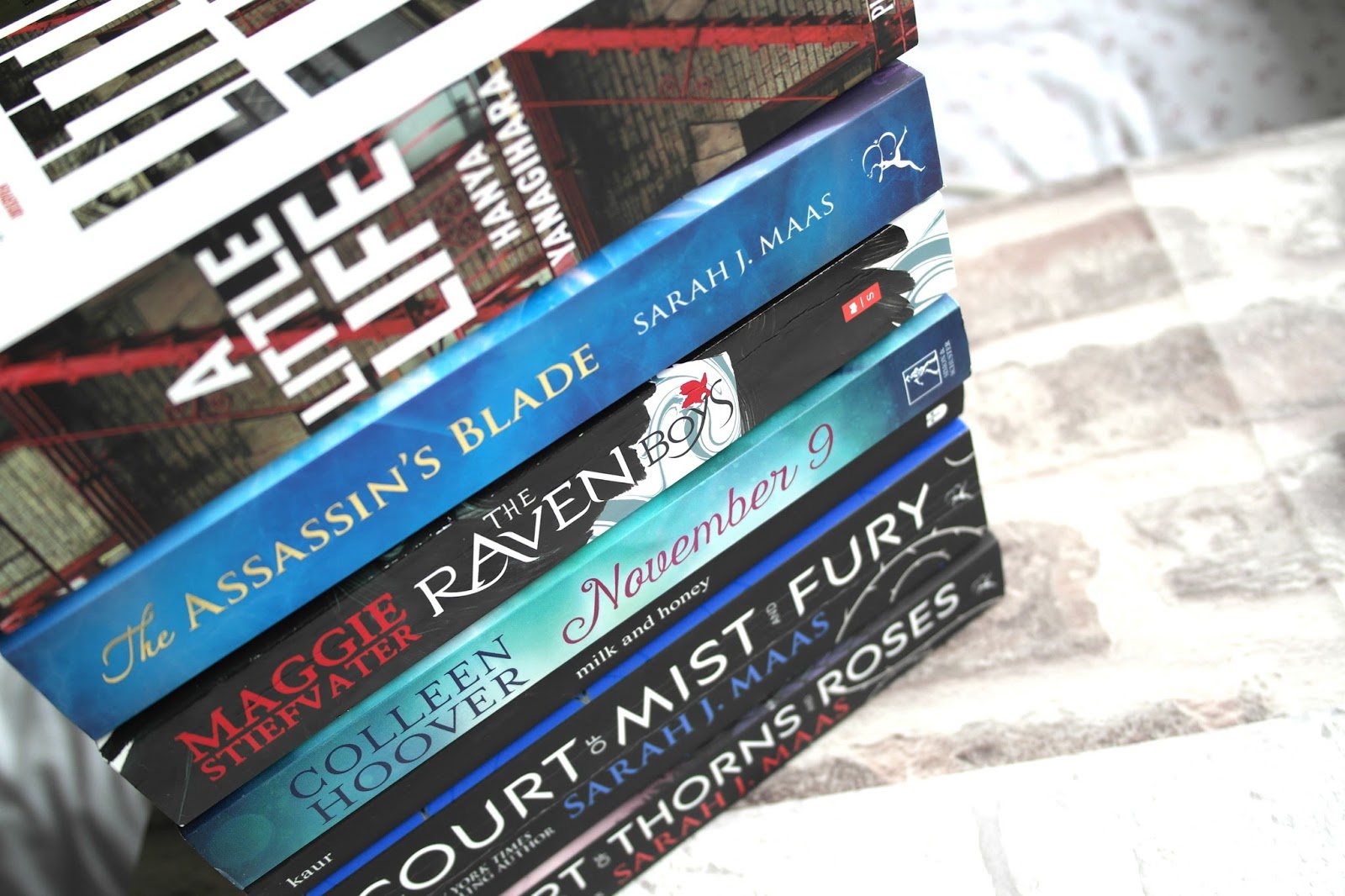 I’d been hearing about ACOTAR all over the blogging world for a while, and it’d been sat on my bookshelf for an embarrasing amount of time. With the release of ACOMAF, which I’d bought the day it came out despite not having read the first in the series, I decided to make a start. These are two of the books that I’ve already read this month and Oh. My. Gosh. I cannot explain how much I loved these books. I whizzed through ACOTAR last Sunday and had finished ACOMAF by the following Thursday and I’m still feeling that book hangover now. My first five star books of 2016 and the best books I have read in a long long time. Keep an eye out for a review. (Please excuse the terrible creases in the spines, I tried SO hard to prevent them. I guess it means I’ll just have to buy the hardback…)

Another book I’ve already finished this month is November 9 by Colleen Hoover. A YA romance novel, it isn’t typically my first choice of book but I’d read a couple of great reviews and saw it was available at my local library so I thought why not?

milk and honey by Rupi Kaur

I bought this after a friend recommended it to me and it has been described as “food for the feminine soul”; a collection of poems by Rupi Kaur about love and survival. Split into four sections, Kaur takes us on a journey through the hurting, the loving, the breaking and the healing.

A Little Life by Hanya Yanagihara

Another recommendation from the above friend. I know basically next to nothing about a Little Life, except that it follows the story of four friends who move from a small town to New York. The reviews that I have read sing nothing but praise for this book, calling it “exquisite”, “powerful and disturbing” and “nothing short of an utter masterpiece”. How could I not want to read it? It’s a very intimidating book at over 700 pages of tiny print, but I’m eager to make a start.

After how blown away by the ACOTAR series I was, I had to add another series by Sarah J Maas into my life. The Assassin’s Blade is a collection of novellas set before the Throne of Glass series begins, which follow Celaena as she embarks on five daring missions. I don’t know much about this series at all, except for that apparently it is amazing.

The Raven Boys by Maggie Stiefvater

Another book that is raved about everywhere and I’m so excited to start it. From what I’ve read, The Raven Boys is a young adult fantasy novel that follows Blue and her travels with the Raven Boys from the local privagte school as they try to find a lost King. I do love fantasy stories, and though this sounds a little different than my usual type, if the reviews are anything to go by I’m going to love it!

Have you read any of these books? What are you planning to read in June?