Ok so sitting down to write this post made me realise… I bought a hell of a lot of books this month. At the start of 2017 I told myself I’d read my way through my huge pile of unread books spread across my two bookcases, but I just can’t stop buying books! Booklover problems, right? 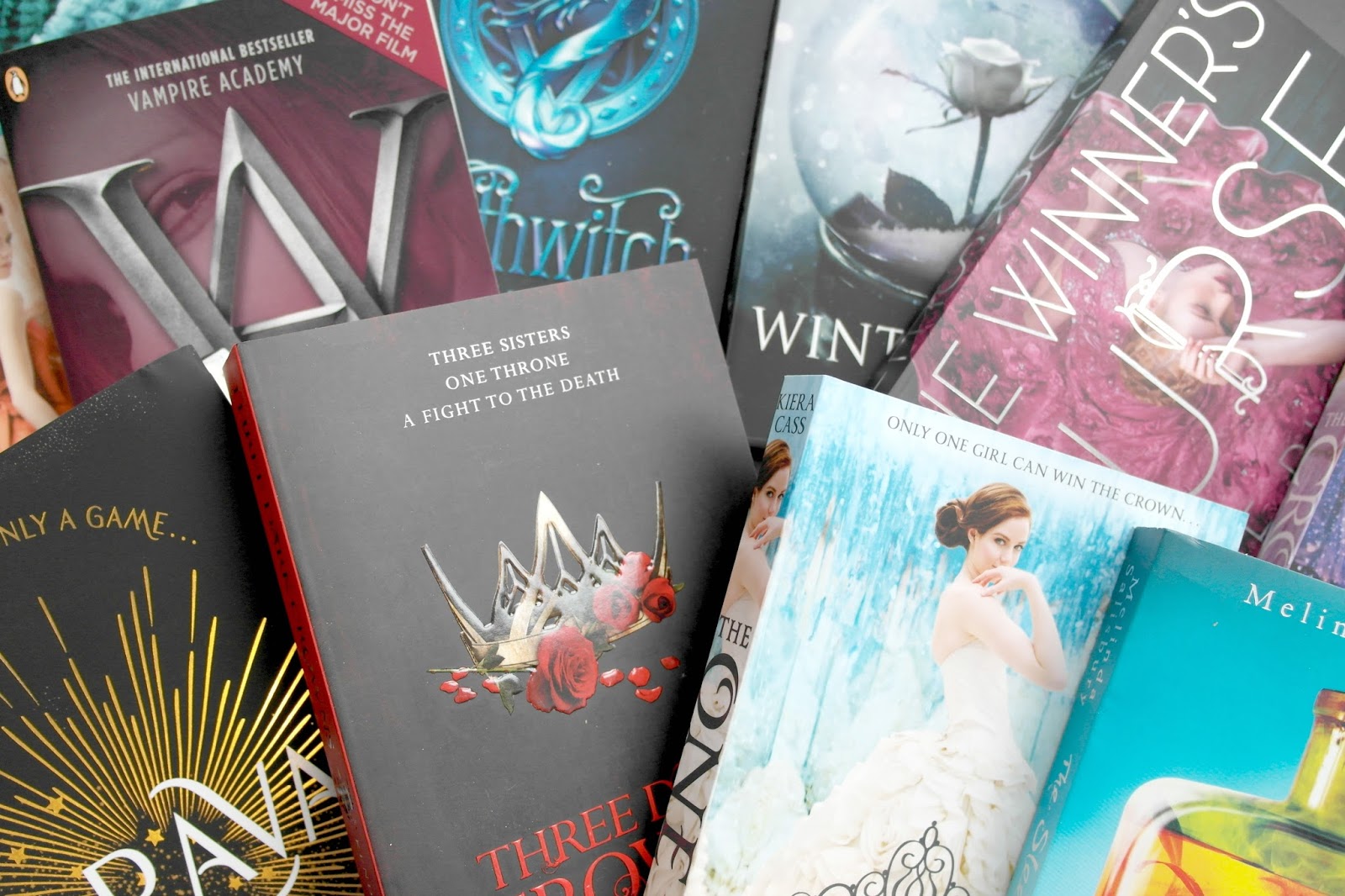 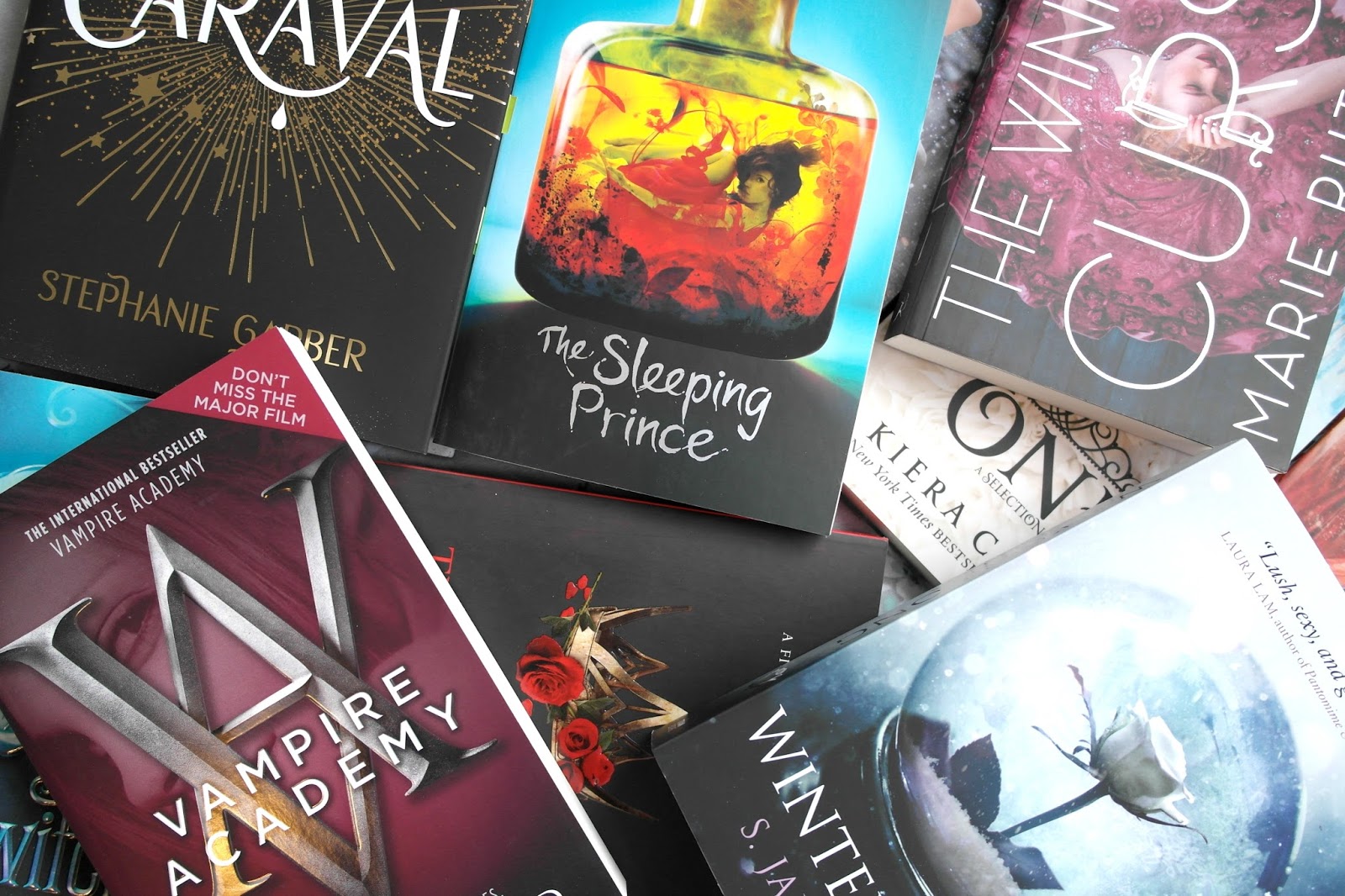 At the start of the year, doing my regular browse of Amazon’s deals, I came across several Kindle books on offer. Now I don’t usually find anything here, but for a change, there were lots of highly rated books! *happy dances*.

First, I bought two books by Colleen Hoover, Confess and It Ends With Us. I wasn’t overly excited about these, but at 99p each I thought I’d give them a go. Next I bought a couple of books that I’d been hearing a lot about on booktube and on book blogs for a while:Queen of the Tearling by Erika Johansen, An Ember in the Ashes by Sabaa Tahir and Cruel Beauty by Rosamund Hodge. I also found A Darker Shade of Magic and A Gathering of Shadows by V.E Schwab for like £1.99 each! So many people love these books that I thought it was about time I got my hands (technically) on them. Stealing Snow by Danielle Paige was also on offer, which I was pretty interested in at the time but I’ve since heard not so great things about it so now I’m not sure. I want to get my shit together this year, so when I saw The Miracle Morning: The 6 Habits That Will Transform Your Life Before 8am on offer too, I had to get it. I’m not sure if they are still on offer now sadly but I’d highly recommend keeping an eye out on Amazon!

I also picked up a couple of paperbacks too, cause I can’t dedicate myself to just electronic books. I bought The Winner’s Curse by Marie Rutkoski which I think sounds pretty amazing and can’t wait to read it. I finally bought Truthwitch by Susan Dennard too, which I’m so excited to read after hearing so many positive reviews, and especially with the second book having just been released! I often check out Amazon’s 3 for £10 deal, and this time I found some fab books Three Dark Crowns by Kendare Blake, the first in The Vampire Academy series by Richelle Mead and The Sleeping Prince by Melinda Salisbury. Funny story, I actually meant to buy The Sin Eater’s Daughter which is the first in Salisbury’s series, but accidentally bought the second, oops. It’s an excuse to buy another book though, right? After hearing Piera Forde’s rave reviews of The Kingkiller Chronicle by Patrick Rothfuss over on her YouTube channel, I had to get a copy of the first instalment, The Name of the Wind, for myself. I feel that we like a lot of the same books so by trusting her opinion, I know I’m in for one hell of a book.

You know one of the many good things about having booklover friends? Well they’re always there to let you know if they find a good book bargain, and that’s exactly what the lovely Em from Bambi’s Blogs did last week! I managed to get my hands on the entire Selection Series by Kiera Cass for £7.99 (!!!) from The Book People. It’s not a place I look too often for books, so a huge thanks to Em for spotting it.

This week I was very kindly sent a copy of the highly anticipated Wintersong by S. Jae-Jones by Titan Books which has bumped it’s way up to the top of my TBR for February. It sounds so good and it’s a beautiful book. What more could you want? Also, another super exciting ‘receiving of a book moment’, NetGalley granted my request to read an advanced copy of Traitor to the Throne, the sequel to the much loved Rebel of the Sands by Alwyn Hamilton, which you read my review of here.

The last two books I bought this month were more e-books, as again they were on a super special cheap offer and I just can’t say no: The Foxhole Court by. Nora Sakovic and Gilded Cage by. Vic James. Both 99p on Kindle! While the plot of The Foxhole Court doesn’t necessarily grip me, and I wouldn’t usually pick this kind of book up, I’ve heard so many good things about the book, like how it’s changed people’s lives, I just couldn’t resist. Similarly, I’ve seen a lot about The Gilded Cage on social media lately. and while I technically don’t know what it’s about, I’m a sucker for a hype.

Finally, in this month’s FairyLoot box, which I will have an unboxing/review up of very soon (spoiler: I love it), I received one of the most anticipated books of 2017: Caraval by Stephanie Garber. Now I had this on pre order anyway, but I was so excited to get my hands on before its release date and couldn’t help but get stuck into it straight away. Now, I’m only about 10% of the way through, but I can already tell that I’m going to love it. I’m also going to meet Stephanie at an event in Manchester Deansgate Waterstones this month, and man am I excited!

Phew, told you it was a lot of books this month. I really need to exercise some self control in February, especially as I have a lot to save up for (but please don’t hold me to that).