Over the past couple of months I kept seeing a certain book popping up all over the bookish Twitter accounts I follow, and when I came across the opportunity to review Wintersong by S. Jae-Jones, I absolutely count not turn it down – thank you Titan Books! Taking inspiration from 19th century German fairytales with a subtle nod to David Bowie’s Labyrinth, I was automatically drawn to this story; I’d never read anything like this before. Also I just have to say, just look at that beautiful cover. It also fits in nicely with my bedroom aesthetic which is a nice added bonus.I hope that I can put into words just how much I did enjoy this book! 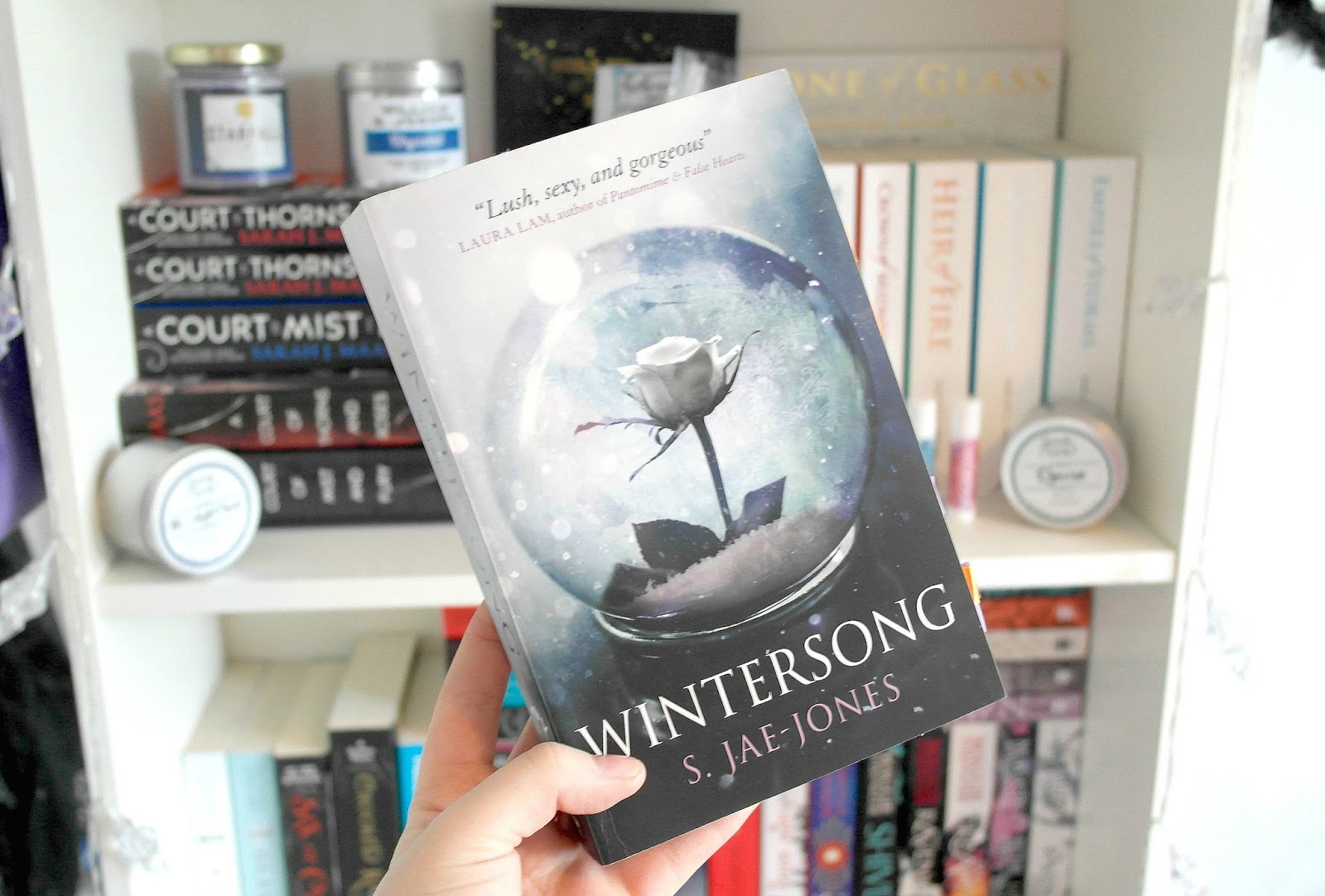 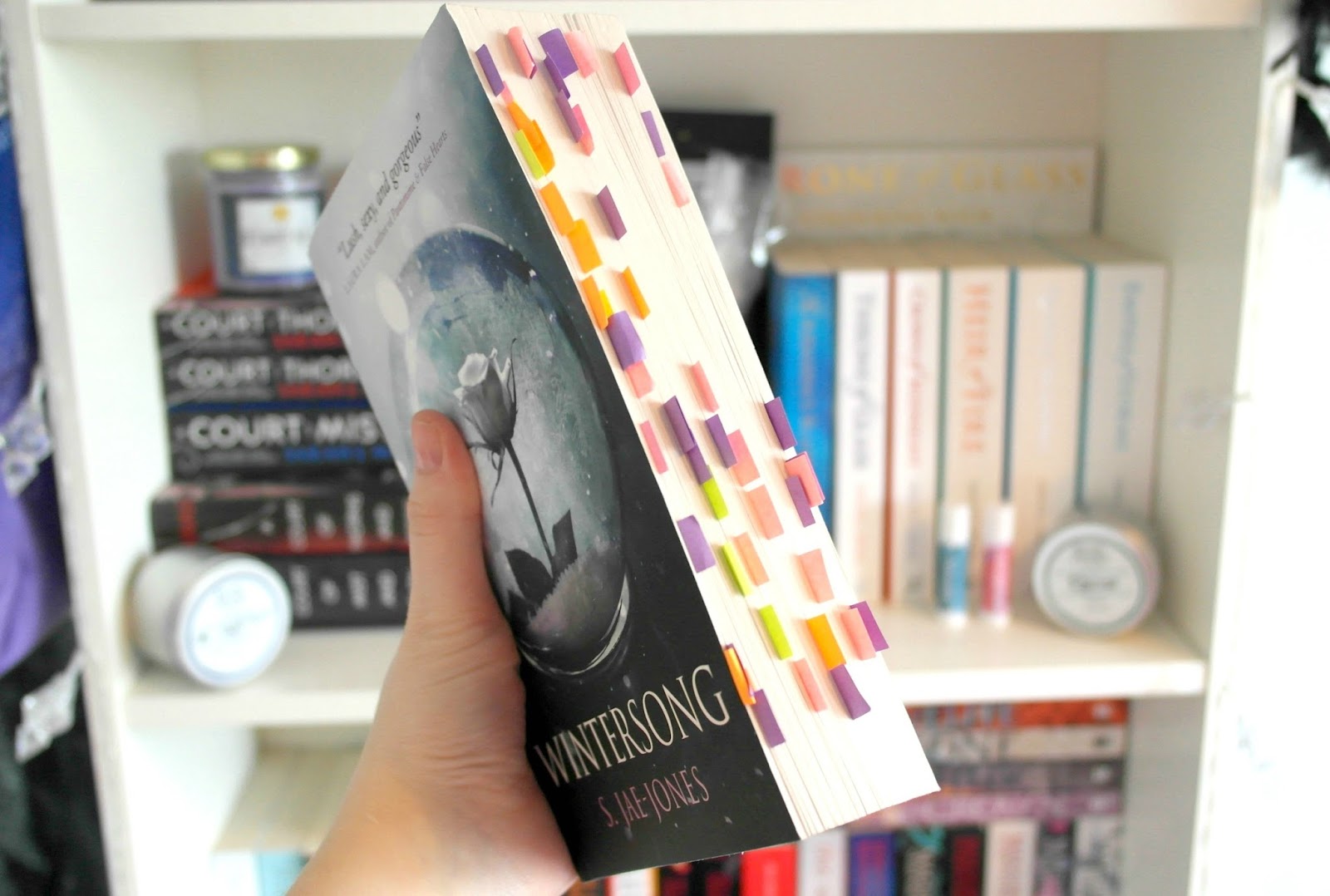 Beware the goblin men and the wares they sell.

All her life, nineteen-year-old Liesl has heard tales of the beautiful, mysterious Goblin King. He is the Lord of Mischief, the Ruler Underground, and the muse around which her music is composed. Yet, as Liesl helps shoulder the burden of running her family’s inn, her dreams of composition and childish fancies about the Goblin King must be set aside in favor of more practical concerns.

But when her sister Käthe is taken by the goblins, Liesl journeys to their realm to rescue her sister and return her to the world above. The Goblin King agrees to let Käthe go—for a price. The life of a maiden must be given to the land, in accordance with the old laws. A life for a life, he says. Without sacrifice, nothing good can grow. Without death, there can be no rebirth. In exchange for her sister’s freedom, Liesl offers her hand in marriage to the Goblin King. He accepts.

Down in the Underground, Liesl discovers that the Goblin King still inspires her—musically, physically, emotionally. Yet even as her talent blossoms, Liesl’s life is slowly fading away, the price she paid for becoming the Goblin King’s bride. As the two of them grow closer, they must learn just what it is they are each willing to sacrifice: her life, her music, or the end of the world.

Something that doesn’t happen too often, I actually really liked our main character Liesl. She had human, relatable traits and faults. She wasn’t society at that time’s definition of beautiful, but throughout the story it is reinforced that what is inside of you is more important than your external looks which is something I wish we saw more of in YA. There was no “magic makeover” where suddenly everybody thought she was the most stunning person they had ever seen after only a good bath and a change of clothes, and I loved that. She was normal, just like most of us. She also broke the confines of the historical female stereotype; she stood up for herself, she knew what she wanted and she took it, or she did a pretty good job of trying. Yes girl. She also made a lot of sacrifices, and I really admire this about Liesl.

Some aspects of the main character’s romance did feel a little off to me, though after reading the book I discovered that Wintersong was initially written as an adult novel, and had most of the romantic scenes between the two main characters stripped out and made more ‘YA appropriate’ which may provide some explanation for why I wasn’t really into it. Though I did love the gay bi-racial romance that Wintersong features!

The Goblin King. Ohhh, the Goblin King. He was a constant source of confusion for me. For most of the story I was questioning myself: did I hate him, did I love him, did I feel sorry for him? It was kind of all three. I imagine that he was constantly fighting an internal battle asking the exact same things about himself, though the more his backstory was revealed, the more I began to understand him and eventually, care about him. The history between himself and Liesl was so strong, and was a prominent force throughout the book; the resulting emotion felt as though it was bleeding off the page and my heartstrings were definitely tugged more than once or twice.

Music featured very heavily throughout Wintersong; almost on every page there was one reference or another to a musical piece, an instrument or how music influenced their lives. Whilst I can appreciate the beauty of the writing, and I do admit that the style was mesmerising and I felt as though I was being swept up in a song through it. I would probably have felt a deeper connection to the story if I were a classical music lover.

The world building in Wintersong was definitely one of my favourite things about the book. Each change of scene was described carefully and in detail, but not so much that you feel like a whole load of information has been dumped on you. I frequently felt tense and uneasy, but also excited, which made me flick through the pages faster and faster each chapter. There was just enough description for you to be able to create a picture in your head, quite dreamlike actually, and because of this I would have loved to have seen more of the Underground and the goblin living areas!

I definitely enjoyed the ending of this book, but be warned, it’s no happy ever after fairytale ending. Despite this, it wrapped up nicely and left room for not only a sequel but for your imagination to go wild with possibilies, whilst breaking my heart. Wintersong was addictive and enthralling. It was a dark, mythical and magical story, filled with poetic writing, stunning scenes and an antagonist you just love to hate. It is completely different than anything I’ve ever read before, and I’m almost convinced I won’t read anything like it again any time soon. I raced through Wintersong in only a couple of days, totally engrossed in the fantastical word, so it receives a well deserved 4/5 stars.