Last month I read eleven books. Yup, eleven, and I was totally proud of myself. This month I only managed to read five, and I’m still pretty chuffed with that. Five is a great number of books to read, especially when you love pretty much all of them (most are 4/5 star books), and are reading them in the midst of writing your dissertation and other final year work! 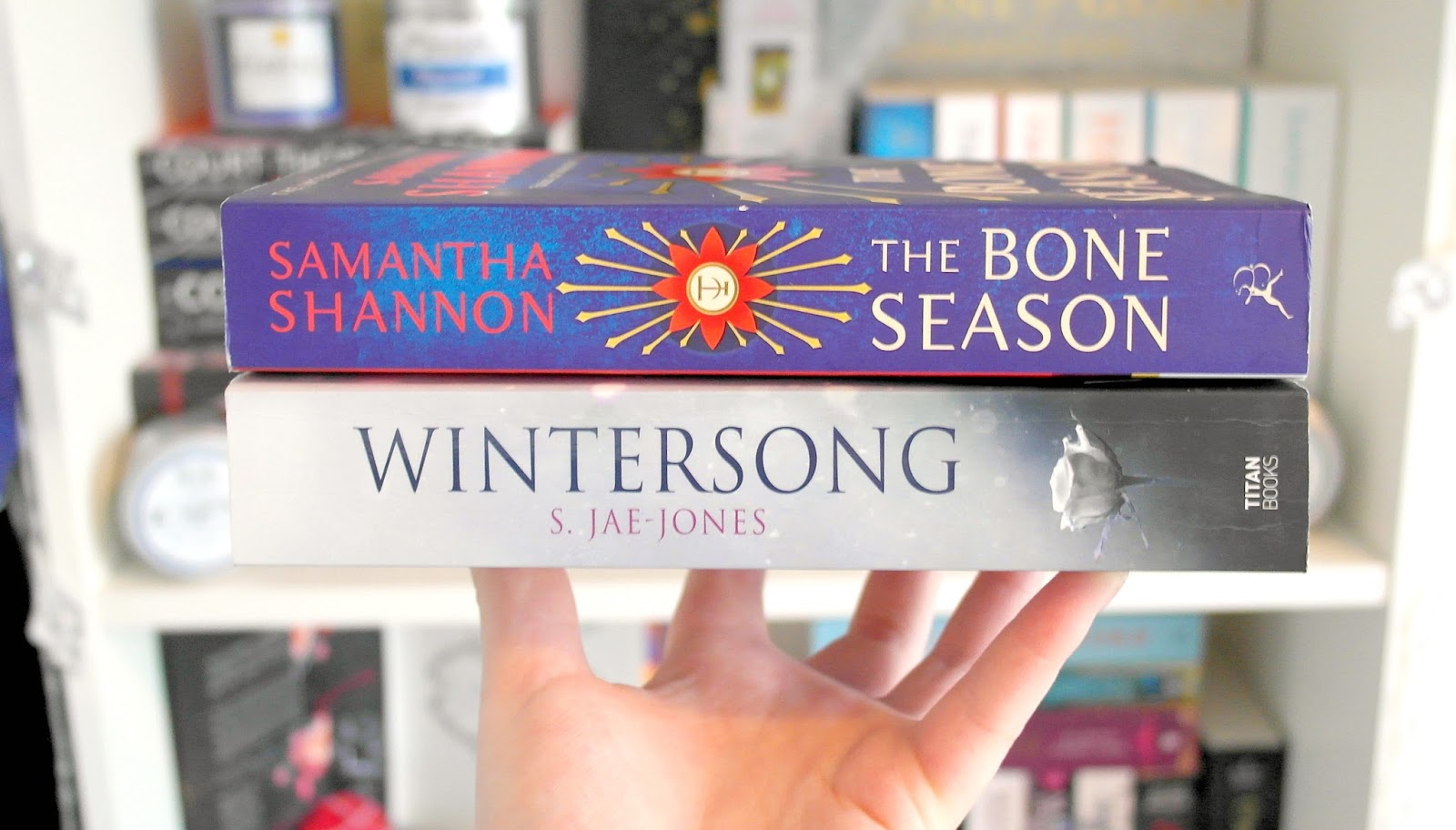 The first book that I read in February was Wintersong by S, Jae-Jones. I have a full review of Wintersong up already which you can read here. But long story short, Jae-Jones has taken inspiration from 19th century German fairy tales, along with a pinch of David Bowie’s Labyrinth to create a novel unlike anything I’d read before. I was automatically drawn to this story and I loved it. With interesting, three dimensional characters, a dreamlike way of writing with amazing world building and a dark and mythical undertone, Wintersong had me enthralled from the first chapter. 4/5 stars.

I then read One of Us Is Lying by Karen M. McManus. Over the past months I have leaned towards fantasy books, I love how you can get sucked into a new and exciting world so easily. Though, I do love a good mystery thriller, and when I heard about this book (which has been likened to Pretty Little Liars!) I had to request it on NetGalley, and thankfully I was very kindly approved to read it!

“On Monday afternoon, five students at Bayview High walk into detention: Bronwyn, Addy, Nate, Cooper and Simon. Only Simon never makes it out of that classroom”. Eep! The story follows the four remaining students as Simon’s murder is investigated. I was kept guessing until the very end with this book; the last few chapters are so incredibly tense! I read it in less than 24 hours too as I just HAD to know ‘whodunnit’. You can get your hands on One Of Us Is Lying on the 1st of June. A solid and well deserved 4/5 stars!

I’ve had the audio book of The Darkest Minds by Alexandra Bracken on the Audible app for a while now, and while I’d started it about four times, I finally listened to the whole thing this month.

After most of America’s children fall victim to a mysterious disease, the survivors develop uncontrollable abilities which make them dangerous and unpredictable, resulting in them being sent to brutal government “rehabilitation camps”. After escaping her camp, Ruby joins a gang of kids seeking a safe haven for their kind, but faced with an unrelenting government and leaders who aren’t what they seem, Ruby must make a terrible decision that may mean that she has to give up the one thing that makes her life worth living.

While it did take a long time to finally get around to listening to this, oh man I wish I’d listened earlier! I tend to listen to audio books whilst driving, but because I just could not get enough of this story I was listening to it while I was getting ready, whilst working, whilst doing jobs around the house – basically anywhere that I could. Dystopian stories often tend to be quite ‘samey’, (think The 5th Wave etc), but despite this I really enjoyed The Darkest Minds. I found the middle to be quite slow, and can imagine that if I were physically reading the book I’d be quite bored, but overall the plot was well thought out and I really enjoyed the character development. Parts of the story were quite hard hitting and my heart broke for the characters; imagine having been taken away from your family at 10 years old because they don’t understand? Or worse, being given away by your family? So so sad. The world building was second to none and I am so excited for this to be brought to life in the upcoming film! Another 4/5 star read for me.

*I just want to post a trigger warning for the next book: rape, sexual harassment. cyber bullying*

I’m really not sure how to write a review for the next book I read in February, Asking For It by Louise O’Neill. I’d heard a lot about it in the book blogging community, but it wasn’t until The Banging Book Club posted a review podcast on it that I decided to pick up the e-book.

One summer in a small town in Ireland, beautiful, happy and confident eighteen year old Emma O’Donovan goes to a party. The next morning, she is found on the front porch of her house by her parents. She doesn’t know what happened, but everyone else does. Emma finally finds out what happened, through photographs that were taken on the night of the party, explicit  photographs, that have been shared with the whole town.

Ok so this book deals with a lot of heavy and serious issues, from alcohol and drugs, to sexual harassment, to rape, to bullying both on and offline to dysfunctional families. I didn’t actually give this book a star rating on Goodreads because I genuinely don’t know how to feel about it. I cannot say that I ‘enjoyed’ this book, because parts of it made me feel disgusted, sick, exasperated, uncomfortable and down right angry. On the other hand, I think that Asking For It is so powerful, and although there are shockingly high rape statistics, isn’t really discussed in YA.  I’ll leave you with this quote from Emma: “They are all innocent until proven guilty. Not me, I am a liar until I am proven honest.” Ugh. That sentence alone is enough to make my blood boil. As Louise says herself, “We need to talk about rape. We need to talk about consent. We need to talk about victim-blaming and slut-shaming and the double standards we place upon our young men and women”.

The last book I read this month is The Bone Season by Samantha Shannon. What a way to end my reading month! I’d had The Bone Season on my bookcase for an embarrassing amount of time, but as I’m going to a Samantha Shannon at my local Waterstones later on this month, paired with the unending praise I hear for this series, I decided it was about time I read it. While the first few chapters were a little info dumpy and hard to get my head around, as soon as I had a grip on the world and the characters, I was hooked. Why oh why did I put off for so long?

The year is 2059. Paige Mahoney works in the criminal underworld of Scion London where it is her job to break into people’s minds as a dreamwalker, a clairvoyant, and in Scion, she commits treason just by breathing. One day Paige is attacked, drugged and kidnapped and taken to the secret city of Oxford where she is then controlled by an otherwordly race. To be able to escape this prison, Paige must learn to thrive and adapt, and most of all, trust.

I couldn’t get enough of this book. When I wasn’t reading it, I was thinking about reading it, and when I was reading it, I was devouring it, racing to get to the next page, the next chapter. I loved the kickass female lead, I loved the London setting which I found really interesting, but most of all I loved the fast paced, action driven plot. I was constantly entertained and was just completely enthralled from beginning to end. I’ve just started The Mime Order and I’m SO excited to attend the Samantha Shannon event in a couple of weeks. Another 4/5 stars!

I’ve had such a good reading month, I feel like I’ve started 2017 with a bang and I’m so excited for the rest of the year – there are some amazing books being released!