Hideaway Fall are a new publishing house dedicated to publishing up and coming authors. When I saw them reach out on Twitter for book bloggers a while back, I couldn’t help but apply! Broken Branches by M. Jonathan Lee is the first book sent out by Hideaway Fall. I knew nothing about the story until the book landed on my doorstep back in May, and after reading the synopsis my first thoughts were along the lines of “this isn’t something I would usually read”, and it wasn’t. I’ve been massively into fantasy for a while now, and while I do love a good thriller, something just felt different about Broken Branches. 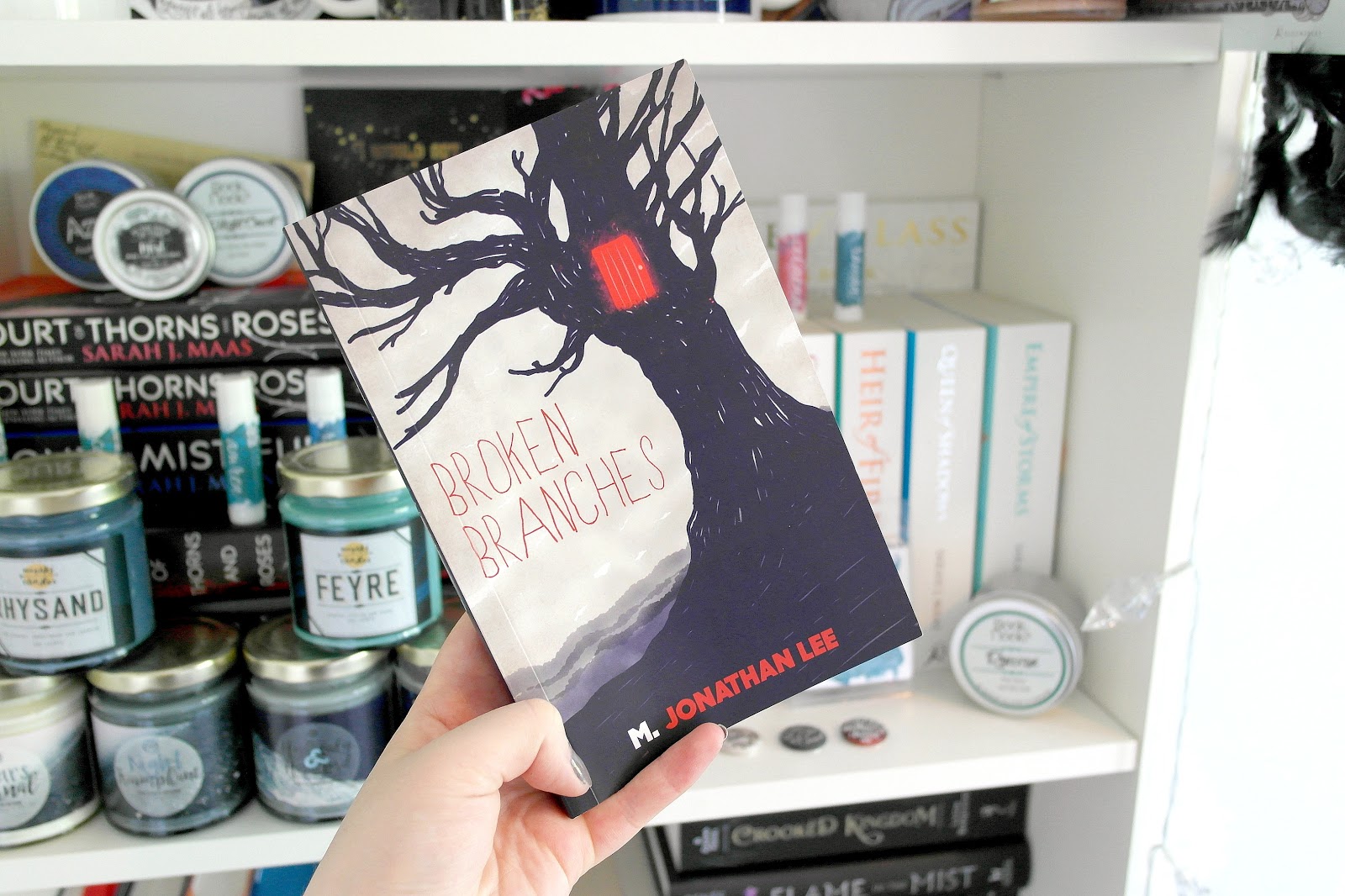 “Family curses don’t exist. Sure, some families seem to suffer more pain than others, but a curse? An actual curse? I don’t think so.’

A family tragedy was the catalyst for Ian Perkins to return to the isolated cottage with his wife and young son. But now they are back, it seems yet more grief might befall the family.

There is still time to act, but that means Ian must face the uncomfortable truth about his past. And in doing so, he must uncover the truth behind the supposed family curse.”

The chapters are split between present day and Ian’s past. While I had no problem understanding this, there was nothing to really show that these chapters were different. Perhaps a different font or style would have been useful to reinforce the change in time At first I struggled to get into the story; I’m not sure if this was because of the writing style, or because it was so different than my usual reads. Though, as time passed, I started to find myself more and more intrigued by the story and I got through the last third of the book pretty quickly.

I definitely felt that there was a serious case of unreliable narrator syndrome. At first I was wholeheartedly behind Ian and what he was saying, but as the story pressed on I began to distrust him and question his view of events. This made for a sense of unease and mystery throughout the book, which did leave me a little on edge. During one particular “ghostly” scene, the wind made my door slam shut, and I might have jumped slightly. I also have to mention that there is a short scene that features animal abuse, and another featuring a dog in a particularly gruesome situation, which did make me feel uncomfortable.

There is a twist of sorts in this story, and while I did manage to figure most of it out towards the end, I still found that some of it was still a surprise. The ending was left very open with many unanswered questions, which I found very frustrating. After all the confusion and twists, I felt that there should have been some kind of resolution. I didn’t feel any kind of connection with the characters either; I felt that they could have benefited from a little more depth.

While Broken Branches isn’t my typical kind of read, I did enjoy it somewhat, and feel that it is a strong book for Hideaway Fall to start their journey with.