There has been a lot of hype on social media, YouTube and the blogosphere about this book recently, and while gaming isn’t really my thing, Warcross by Marie Lu sounded super exciting. So, when Penguin offered to send me a copy, I very gratefully said yes please!

I picked up this book on a quiet Friday night in (my fave kind of night) and was completely immersed into the world of Warcross, and by Sunday morning I’d finished. I was so pleasantly surprised by this book and just had to write my review straight away, so keep reading to hear my thoughts – it’s all spoiler free! 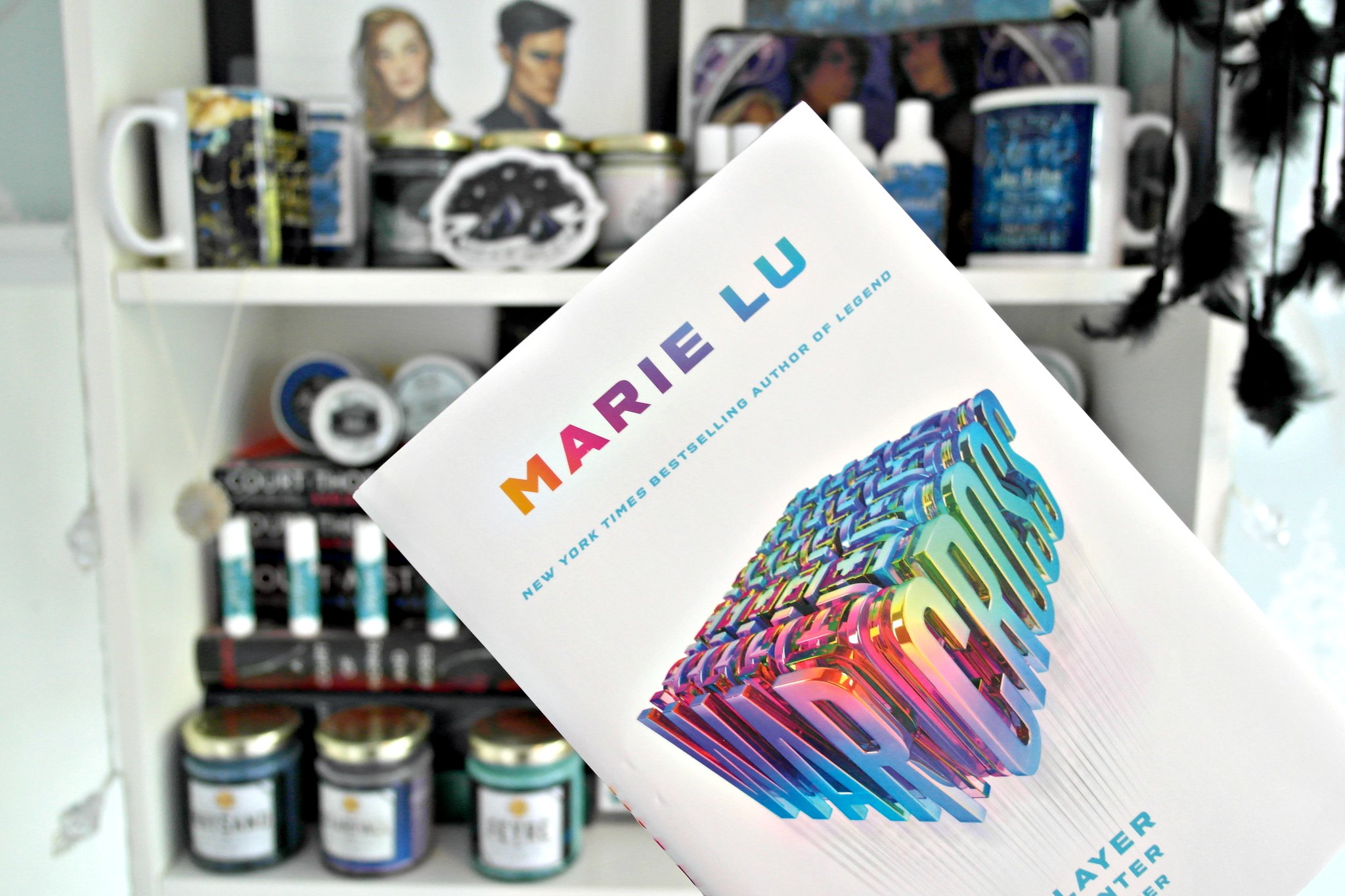 For the millions who log in every day, Warcross isn’t just a game—it’s a way of life. The obsession started ten years ago and its fan base now spans the globe, some eager to escape from reality and others hoping to make a profit. Struggling to make ends meet, teenage hacker Emika Chen works as a bounty hunter, tracking down players who bet on the game illegally. But the bounty hunting world is a competitive one, and survival has not been easy. Needing to make some quick cash, Emika takes a risk and hacks into the opening game of the international Warcross Championships—only to accidentally glitch herself into the action and become an overnight sensation.

Convinced she’s going to be arrested, Emika is shocked when instead she gets a call from the game’s creator, the elusive young billionaire Hideo Tanaka, with an irresistible offer. He needs a spy on the inside of this year’s tournament in order to uncover a security problem . . . and he wants Emika for the job. With no time to lose, Emika’s whisked off to Tokyo and thrust into a world of fame and fortune that she’s only dreamed of. But soon her investigation uncovers a sinister plot, with major consequences for the entire Warcross empire.

First of all, this book is so god damn diverse – I love it! While I can’t comment on the accuracy of the representation in Warcross, it was so refreshing and awesome to see people of colour of many different nationalities, people of different sexual orientations, people of different physical abilities with people’s native languages being used throughout.

Written in first person from the POV of our main character Emika Chen, who is Chinese-American (own voices if I am correct), I warmed to her immediately. Emika had experienced a pretty rough start to her life meaning that she had to grow up much quicker than other children her age and was going through serious money struggles, working as a bounty hunter to try and pay off the debt her ill father had acquired. While she is very good at what she does, it’s through a lot of hard work and I loved that it wasn’t the typical “I’m good at everything and was born this way” trope; I was rooting for her all the way through.

We also get to know Hideo, the Japanese-British creator of Warcross: dark and secretive because of past trauma but every now and again we get a glimpse of the caring 21 year old man. It was interesting to learn about the rest of the Warcross teams and players too, which definitely added depth to the story, instead of just focusing on the main protagonists.

Warcross is fast paced and action packed, and while there is romance, I felt like this was more of a secondary theme which I really appreciated. There were definitely still so many feels though! While of course there is a lot of information and descriptions of gaming and code, it’s easy to follow and keep up with for those who maybe aren’t as familiar with the world of gaming.

I am in total awe of Lu’s writing; the world building is second to none and I felt as if I was stood in the virtual world experiencing everything myself. The game arenas in a way reminded me a little of The Hunger Games in terms of the tension and build up, but at the same time were completely original too. The story took a direction I wasn’t quite expecting and Lu weaved in a couple of plot twists too, and while I did figure one thing out early on, I was still like “woah!” And that ending? I need the second book now!

Lu discusses some really relevant themes and ideas around society’s usage of social media and the internet through Warcross, and it definitely makes you consider where the future is headed. I wholeheartedly enjoyed my first foray into Marie Lu’s writing, and now I just really want to play a game of Warcross! 4.5/5 stars.

*Book Depository links used. I earn a small commission if you purchase through the link and you get free delivery!

Previous Post: « Review: I Can Do This Blog Planner by Dot Creates
Next Post: Review of It Only Happens in the Movies By Holly Bourne »