Time for the biggest cliche of all… “I can’t believe how quickly this year has gone, it’s just flown by!” But genuinely, these past 12 months have passed by so fast and one of the best things about it is the number of amazing books that I’ve read this year. Honestly, it’s probably been one of my best reading years so far; I’ve found some new favourite authors, reignited my love for some genres I hadn’t picked up in a while, forged a whole new love for genres I wouldn’t usually choose to read and as always, I’ve been provided with endless entertainment through the written word. So as you can imagine, it’s been really difficult to put this list together!

I’ve scrolled through my Goodreads page and picked only my 5 and 4.5 star reads to talk about, otherwise we’d be here forever! Though, I have listed my 4 stars at the bottom because I just couldn’t leave them out. 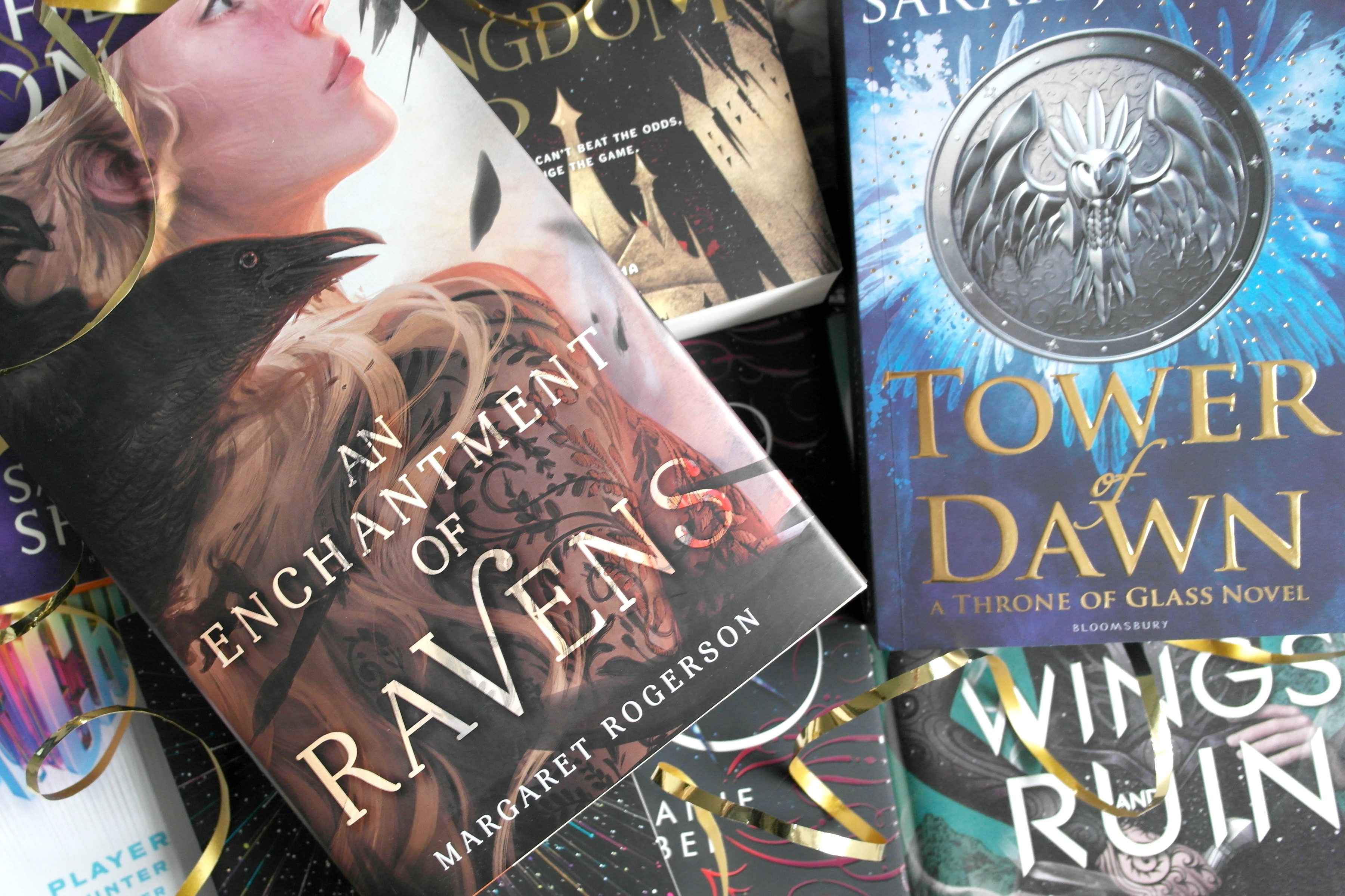 My first five star read of 2017 was The Song Rising by Samantha Shannon. The Bone Season and the Mime Order, the first two books in the series, were amazing but The Song Rising certainly stepped it up a gear. This book was so incredibly brilliant that I just couldn’t help but devour it page by page. Once again, this was a really well thought out plot, with superb writing skills and excellent world building from Samantha Shannon. I was actually lucky enough to meet Samantha and get all of my books signed this year which was so exciting!

To those of you who know me, or even just follow me on social media, it’s no surprise that another of my five star reads of 2017 was A Court of Wings and Ruin by Sarah J. Maas. Oh My. GOSH. I don’t think I could ever put into words how much this series means to me, and this book didn’t disappoint. Whilst I know that some fans had some issues, which I can totally understand, I think ACOWAR was a perfect conclusion to Feyre and Rhys’ arc. I read the book in one day, in exactly eight and a half hours actually, and throughout it I cried, laughed, sobbed, shouted and just generally couldn’t deal with it. Once I finished the book, I seriously just sat and contemplated my thoughts for a while. Undoubtedly 5/5 stars. I also re-read A Court of Thorns and Roses, A Court of Mist and Fury, Heir of Fire, Queen of Shadows and Empire of Storms by Sarah J. Maas this year which again are undeniably 5/5 stars, and even attended a talk with Sarah and Charlie Bowater this year which was un-fricking-believable!

Next up are Air Awakens and Fire Falling by Elise Kova.  I downloaded the first book in the Air Awakens series one Saturday, and devoured it in one sitting. A couple of days later, I’d finished the fourth. The Air Awakens series is full of elemental magic, a hate to love forbidden romance, a training school, war and heart melting side characters; I was completely enthralled from beginning to end. What more could you want?

The next five star read of the year, which again is probably no surprise, is Tower of Dawn by Sarah J. Maas. Chaol was never my favourite character in the Throne of Glass series but boy, did this book bump him up a few notches. Full of excitement and emotion, I couldn’t put this book down and oh my gosh, that last chapter!

My first 4.5 star read of 2017 was Caraval by Stephanie Garber. I received it back in January in a FairyLoot box. I read it in pretty much one sitting because boy, was I hooked. It’s full of enthralling descriptions, fantastical world building, strong character development, twists and turns a fair bit of swooning on my part at the romance. You can read my full review here.

It took a while for me to find my next 4.5 star read, it was only June in fact. Roar, the first in the Stormheart series, by Cora Carmack. A fantastic read full of elemental magic, storms, adventure, personal growth and romance. I raced through it and couldn’t put it down!

Just after Roar, I read Six of Crows by Leigh Bardugo. I know, I know, it’s taken me so long to read it, but I’m so glad I finally did. I enjoyed this book cover to cover, with fast paced action, deep and complex characters whom I grew way too attached to and a clever and cunning plot (thanks to Kaz’s slightly crazy, sometimes selfish but utterly brilliant plans). I’m always a sucker for romance too, and whilst that definitely wasn’t the focus of this story, I felt like just the right amount was included.

I picked a copy of The Loneliest Girl in the Universe by Lauren James up at YALC after hearing such great things, and I definitely was not disappointed. Lauren James had me enthralled, throwing in plot twist after plot twist. Catch my full review here.

Another goody from YALC, Moxie by Jennifer Mathieu is a kick-ass, powerful, important read about one girl who starts a feminist movement in school, challenging important topics and bringing the girls together – I can’t recommend it enough!

If you couldn’t tell by my gushing over the ACOTAR series, I’m a huge lover of all things Fae, so it’s no wonder that I fell in love with An Enchantment of Ravens by Margaret Rogerson. I read it in one night, an original and magical read that I would recommend to anyone who loves beautifully written fantastical journeys, Fae, romance or just a novel they can sink their teeth into and escape from the world for just a little while.

A genre that I wouldn’t typically read (a gaming themed urban fantasy) I was very pleasantly surprised when I became utterly obsessed with Warcross by Marie Lu within only a few chapters. An action packed and fast paced read, Lu discussed some really relevant themes and ideas around society’s usage of social media and the internet through Warcross, and it definitely makes you consider where the future is headed.

Finally, a book that took me by surprise: The Deal by Elle Kennedy. A college based new romance story is definitely a few million miles away from my usual epic fantasy preference, but that doesn’t mean I don’t love them. And this one was perfect. It has everything I wanted and if you’re on the lookout for a contemporary romance that will you have up until 1.20am reading (as it did with me) then this is the one – and there are three more books in the series when you’re just not done with the gang!

Ruin and Rising by Leigh Bardugo / Frostblood by Elly Blake / Rebel of the Sands by Alwyn Hamilton / Wintersong by S. Jae Jones / Daughter of Smoke and Bone by Laini Taylor / The Bone Season and The Mime Order by Samantha Shannon / When Dimple Met Rishi by Sandhya Menon / A Darker Shade of Magic and A Gathering of Shadows by V.E. Schwab / Earth’s Endand Water’s Wrath by Elise Kova / The Last Piece of my Heart by Paige Toon / Wonder Woman: Warbringer by Leigh Bardugo, Fireblood by Elly Blake / Wunderkids by Jacqueline Silvester / It Only Happens in the Movies by Holly Bourne / Moonrise by Sarah Crossan / The Score by Elle Kennedy

So there we have it, my favourite books of the year! There were so many books that I’d heard amazing things about that I just didn’t get around to reading but I’m hoping to pick them up in 2018. What were your favourite books this year?