The Cruel Prince by Holly Black was one of my most anticipated reads of 2018 so I couldn’t wait for the New Year to roll around and for this to be posted through my letter box (I actually had to get this re-delivered because it wouldn’t fit the first time but that doesn’t sound as good). Anyway, every since I read A Court of Thorns and Roses by Sarah J. Maas in 2016, which is now my favourite series, I have been in love with all things Fae and Faery. Dubbed “The Faerie Queen”, I just knew I would love Black’s latest release. Read on for my spoiler free review! 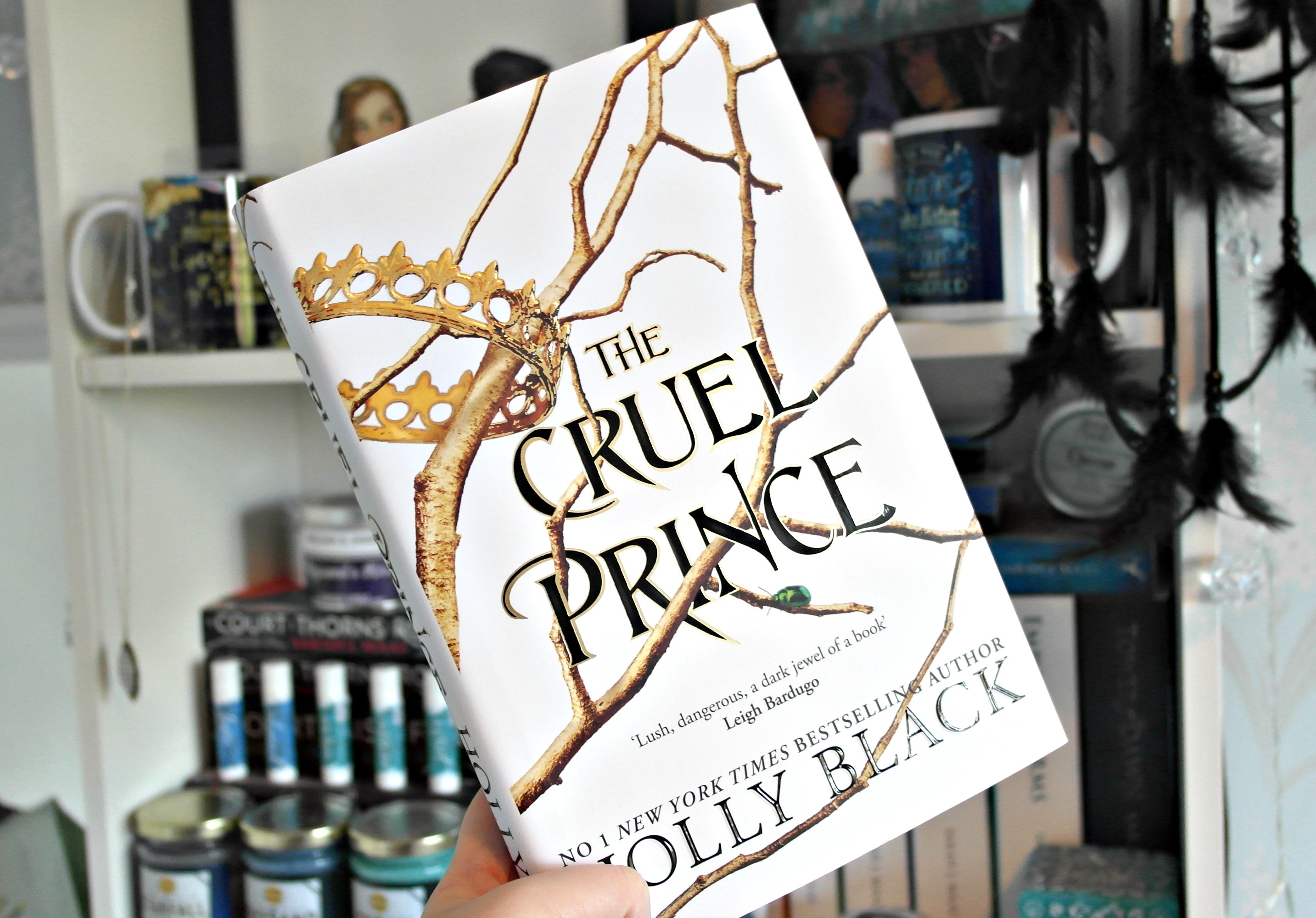 Jude was seven years old when her parents were murdered and she and her two sisters were stolen away to live in the treacherous High Court of Faerie. Ten years later, Jude wants nothing more than to belong there, despite her mortality. But many of the fey despise humans. Especially Prince Cardan, the youngest and wickedest son of the High King.

To win a place at the Court, she must defy him–and face the consequences.

In doing so, she becomes embroiled in palace intrigues and deceptions, discovering her own capacity for bloodshed. But as civil war threatens to drown the Courts of Faerie in violence, Jude will need to risk her life in a dangerous alliance to save her sisters, and Faerie itself.

One of my first major thoughts whilst reading was how incredible the descriptive writing that this book is packed with is. I’d get to the end of a page, or chapter, and genuinely just be like “wow, that was bloody brilliant”. I think that it’s safe to say that I was in awe of Black’s writing skills throughout; the descriptions felt magical and the world and characters were well executed. I became immersed into the world within just a few chapters and spent my days at working thinking about getting home and stuck into the book because I couldn’t wait to see what would happen next!

The Cruel Prince was plot driven, filled with descriptive writing and fast paced action. I found there to be just enough world building for me to get a real understanding of how society was during this time and why, but not so much that I felt as though a lot of information had just been thrown at me.

I did find that at times the story felt a little rushed along, or that a lot was happening at once which could have been broken down a little, mostly in the last quarter of the book. However when I think about it, this could have been down to the fast pace at which I was reading the book!

In the beginning, I did have a little bit of a panic. With so many characters being introduced, I thought I might struggle to remember exactly who is who. Turns out, I had absolutely nothing to worry about! Black’s characters are some of the most well developed I’ve ever read about. I’d say that around 60-70% of the characters had their own distinctive personality, behaviour and background which gave them such depth. I thoroughly enjoyed reading a book where the character beyond the protagonist and a select few are so well crafted.

Whilst talking about the characters, I must say that while I didn’t dislike our main character Jude, I just didn’t love her. Don’t get me wrong, she was a well developed, badass character who stood up for herself and others and had me rooting for throughout, but I didn’t always understand her motives and felt a little detached from her. Having said this, I’m excited to see the character growth in books to come, especially with the ending of this one!

I can’t discuss too much about the supporting characters like Taryn (Jude’s twin sister), Madoc (their Fae “father”), Prince Cardan (I will say that I love him) and his friends including Locke, because you know, spoilers, but I was surprised at the different directions their character arcs went in. It definitely wasn’t what I expected, but this story took lots of twists and turns throughout and I was shocked on more than one occasion which I definitely appreciated. There were some super cool spies too!

The story includes some well known Fae tropes which we all know and love, such as an aversion to iron, glamours and having to speak the truth, but also some I was not familiar with, such as if you turn your clothes inside out you can escape a glamour and carrying certain beads can prevent you being enchanted! I love reading about Fae and Faeries in general, but I felt that this book took it to another level. Featuring other magical creatures like Hobs, Pixies and Goblins, I felt like I was being introduced to a whole new world and I enjoyed reading about Fae in a way I haven’t really before.

Due to having high expectations because of the huge hype this book received, I think I was a little underwhelmed. Now I did love this book, and it will definitely be a favourite of this year, but it didn’t “change my life” as I’ve read in other reviews. The Cruel Prince was a gripping tale packed with beautiful writing, a well crafted world, complex characters and fast paced action. The book definitely felt like a set up for something much bigger that I can’t wait to get my hands on. I mean, the ending of this book was just like “WHAT!” I need the next book. Now.

* Book depository affiliate links used. I get a small commission if you purchase through them, and you get free delivery!

Previous Post: « Review: Batman: Nightwalker by Marie Lu with Q&A!
Next Post: The Wildest Dreams January Unboxing: Into The Jungle »