Last year, I luckily had the chance to review Wintersong, the debut novel by S. Jae-Jones, which I loved and it became one of my favourite books of 2017. So when Titan, the publishers, contacted me regarding reviewing it’s sequel, I of course jumped at the opportunity! Keep on reading for my spoiler free review of Shadowsong. 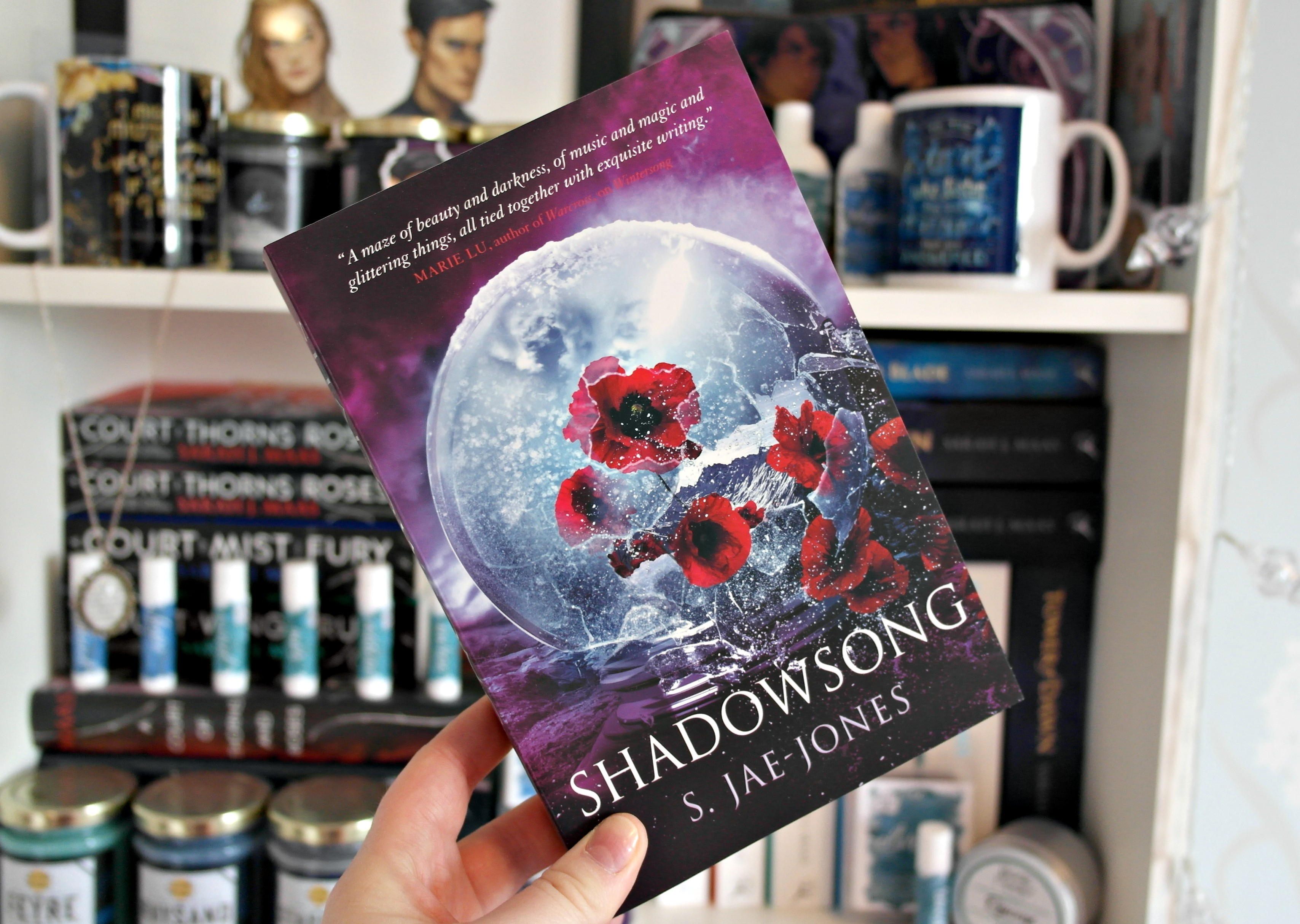 Six months after the end of Wintersong, Liesl is working toward furthering both her brother’s and her own musical careers. Although she is determined to look forward and not behind, life in the world above is not as easy as Liesl had hoped. Her younger brother Josef is cold, distant, and withdrawn, while Liesl can’t forget the austere young man she left beneath the earth, and the music he inspired in her.

When troubling signs arise that the barrier between worlds is crumbling, Liesl must return to the Underground to unravel the mystery of life, death, and the Goblin King—who he was, who he is, and who he will be. What will it take to break the old laws once and for all? What is the true meaning of sacrifice when the fate of the world—or the ones Liesl loves—is in her hands?

The first thing I want to highlight is the authors note that Jae-Jones has included at the beginning of the book; the note explains both her own and her character Liesl’s journey and experience of bipolar disorder. It also includes trigger warnings and important phone numbers that those seeking help may wish to use. I was so happy to see this included, and this is the first time I have ever seen this done though I believe it should be used a lot more frequently! I also want to note further trigger warnings to addition, self harm and depression. Shadowsong also includes a lot of diversity, through sexuality, nationality and mental health which I think is so important and it was very welcomed.

There are letters written by Liesl to her family throughout the book, though due to the cursive handwriting I did struggle to get through these with ease. I did find them readable but definitely not without some squinting and contemplation.

As we saw with Wintersong, Jae-Jones possesses a truly magical way with words. Each page was packed with beautiful, descriptive writing that painted each scene so vividly, metaphors scattered here and there only added to the effect. As much as I enjoyed reading this, I did sometimes find that the writing could be a little confusing, perhaps convoluted, particularly if you’re reading at a fast pace, especially because of the blurred lines between reality and fantasy. I had to go back and re-read a couple of times!

Again, just like the first book in the series, there was a heavy focus on music throughout Shadowsong, with lengthy descriptions of the musical pieces. The chapters were split by interludes, with the final section tilted “finale”; a further nod to music. I can appreciate the love for music and the character’s talent, although as music doesn’t mean that much to me, it didn’t have the same effect as it has had on others, according to reviews I have read.

Whilst Wintersong had a slow pace, you could always feel something building, it was tense and the pace made it all the more exciting. However, I unfortunately felt as though the pacing in Shadowsong was just off somehow. It was veeeerrrry slow throughout the first almost 80-90% of the book, with the ending progressing so quickly that I had to go back and read the last few pages twice just to be able to take it all in.

The Goblin King and the Underground barely feature in this sequel, with it being more about Liesl and her personal journey, transforming back into herself and not just the Goblin Queen. I suppose that this journey of personal development could attribute to the change in pace, but I just found that it did not work for me. *sad face*.

Having said all this, I wasn’t bored. I was curious and intrigued, and couldn’t stop reading to see what was going to happen, where it would all end.

Where Wintersong told us all about Liesl and her relationship with her Goblin King, Shadowsong focuses on sibling relationships which I did enjoy and find refreshing. I can’t lie and say that I didn’t miss reading about the relationship between Liesl and her austere young man though…

Whilst there was a lot of writing about the siblings (the chapters were split between a first person Liesl perspective and a third person Josef perspective), I still found myself wanting to know more about Josef, Liesl’s brother. I found him such a complex and interesting character, especially due to the direction the story takes. Throughout the book, tales of the village and its people were dotted and I definitely wanted more of this!

So it’s definitely safe to say that I didn’t love Shadowsong as much as its predecessor, but that I enjoyed it all the same. It’s dark, magical, mysterious and tense, and I would definitely recommend that you pick up this sequel to see how the story is wrapped up! I rated Shadowsong 3/5 stars.

*This book was provided to me in exchange for an honest review. I have used Book Depository affiliate links which means that if you purchase through the link I receive a small percentage, at no extra cost to you!

Hi, I’m Amy & welcome to my book blog! Reading has always been a huge part of my life, ever since I was young and would spend hours scouring the shelves in the library before leaving with armfuls of books. I hope that you can find your next favourite read on amyjanealice!

Hi, I'm Amy, a Northerner in my mid twenties. Lover of romance, fan of fantasy, advocate of smut and partial to ALL OF THE TROPES! Stick around for gushing reviews, lots of recommendations and fangirling aplenty.

Talk Smutty to Me

Happy publication day to one of the best books I h

Q: What books have you had on your TBR for TOO lon

“Your differences are what make you unique. They