So, it’s been a long time huh? Well over a month in fact. Before diving in to my latest review I thought I’d give you all a little update. Long story short: my boyfriend and I are in the process of buying a house! Back in July we viewed a few houses and we found “the one”, swiftly put an offer in after a couple of viewings which got accepted, applied for our mortgage which got accepted and now we’re just in the middle of the solicitors side of things which we’re keeping our fingers crossed doesn’t unearth anything that might delay the sale. Basically my brain has just been packed full of things for the house – there’s a lot more paperwork and admin-y bits and pieces than I anticipated! Because of this, when getting home from work I’ve basically just had the energy to binge watch Game of Thrones and sleep, so reading and writing took an unfortunate back seat.

Well, yesterday I finally finished season 7 of GOT and am now back up to date with the rest of you, ready for season 8 next year. We’re still in a little bit of a limbo with the house but there’s not too much more for me to do right now so my reading has picked back up again. I’m planning on writing a bit of a guide to buying your first home, if that would be of interest to you? Anyway, delay excuses covered, let’s get into the review.

Earlier this year, Harper360 very kindly sent me a copy of The Glass Spare by Lauren DeStefano for review. While not being raved about here there and everywhere, I’d still heard great things about the fantasy debut novel was so excited to get stuck in. Keep reading for my spoiler free review. 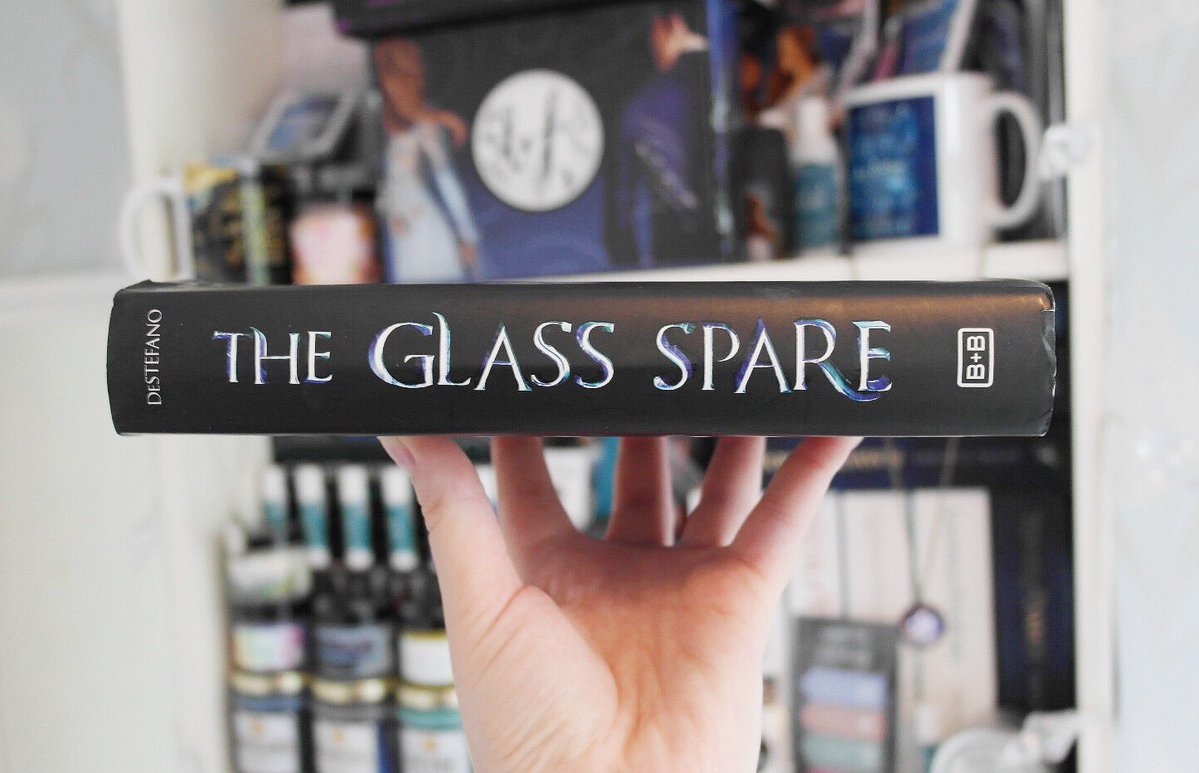 Wil Heidle, the only daughter of the king of the world’s wealthiest nation, has grown up in the shadows. Kept hidden from the world in order to serve as a spy for her father—whose obsession with building his empire is causing a war—Wil wants nothing more than to explore the world beyond her kingdom, if only her father would give her the chance.

Until one night Wil is attacked, and she discovers a dangerous secret. Her touch turns people into gemstone. At first Wil is horrified—but as she tests its limits, she’s drawn more and more to the strange and volatile ability. When it leads to tragedy, Wil is forced to face the destructive power within her and finally leave her home to seek the truth and a cure.

But finding the key to her redemption puts her in the path of a cursed prince who has his own ideas for what to do with her power.

With a world on the brink of war and a power of ultimate destruction, can Wil find a way to help the kingdom that’s turned its back on her, or will she betray her past and her family forever?

So it has been a little while since I read this book, and I wish I’d written my review sooner so that it could be much more informative and well put together, but that can’t be helped. The thing I remember loving the most about this story was the blend of traditional methods of living with modern technology and alchemy which I found really enjoyable to read about – I want a pair of Wil’s data goggles!

In terms of the plot, it was definitely an interesting and unique premise that I haven’t read about before, though it did include a couple of tropes we come to expect in YA. In the beginning, the pacing was quite slow so it took me a little while to finally get into the story, but around 150 pages in it did begin to pick up and I read through the last half pretty quickly.

I enjoyed reading from Wil’s perspective; a strong female character who wasn’t afraid to do what she believes was right (even if sometimes I did question her decisions)! The strong family bonds were really lovely to read about, as often in YA we find that “the chosen one” basically has no family at all. While discussing the family, it’s important to note that there is also talk of OCD and mental health as her mother has compulsions that she believes if she doesn’t complete something bad is going to happen. This definitely resonated with me, and while it is mentioned a couple of times to describe the woman, it is never fully explored which I would have appreciated.

The friendships in The Glass Spare were also a nice addition, particularly between Loom and Zay as you don’t often read about platonic girl/boy relationships! The romance featured was also quite nice, as while it is hinted to often, it’s very slow burn to the point nothing reeeally happens. It definitely doesn’t overshadow the plot despite being a contributing factor to the direction it takes. While there were definitely parts of the characters that I enjoyed, I unfortunately didn’t feel too much of a connection with any one of them, which meant that I was happy to see the plot take any direction and didn’t feel driven to a particular arc.

Overall, The Glass Spare was an enjoyable read with refreshing aspects that held my interest throughout. Unfortunately I just felt it was missing something for me, and so can’t say that I loved it. 3.5 stars!

Review of Cinderella is Dead by Kalynn Bayron