A couple of weeks ago I received a very exciting message on Instagram, asking if I wanted to review Frankly in Love by David Yoon, his debut novel. I’d heard and seen a lot of buzz surrounding this book and with being on a bit of a contemporary kick I very gratefully accepted the offer.

Although I had heard a lot of great things about the book, I didn’t really know what to expect. Let’s just say that this book went to some very unexpected places; whilst joyous and carefree in parts it was also very emotional and an apt reflection of society today. Keep on reading for my spoiler free review!

Frank is a Korean-American teenager, but feeling like a fraud with either culture he struggles to find his place. With parents willing Frank to date the perfect Korean girl, him and Joy, one of the “Limbos” as they are known, pretend to fake date in order for them to spend time with the people they truly like. But life has a funny way of bringing people together…

My thoughts on the Characters

One of my favourite elements of the book has to be the characters and their development. Frank was a great protagonist to follow. He was endearing, funny and relatable. I found myself rooting for him throughout the story despite mistakes he may have made! Reading about his family’s dynamic was also very interesting. I’ll touch more on this later but it was fascinating to read about the Korean culture and also funny to see that no matter where you come from we all experience the same issues with our parents as a teen!

While there are quite a few characters in the book, the side characters were definitely memorable and made great additions. Frank’s best friend Q, an African American teen, was just lovely and so wholesome! The two made a great team and reading about they relationship was another highlight of the story. Both Joy and Brit were well fleshed out and realistic characters, unique enough to be able to tell them apart from their dialogue alone.

Admittedly I can’t remember all of the Limbos, the gang of Korean-American teens who see each other every few weeks at the traditional Gatherings, they did add a valuable layer to the story.

My Thoughts on the Plot

Discussions surrounding race and privilege featured heavily throughout Frankly in Love which prompted some very interesting thoughts. With extremely traditional parents who moved to America from Korea before Frank was born and also being part of a very American society, Frank feels as though he belongs to neither culture.

Frank’s parents are racist, extremely so in fact, which he openly admits and tries to fight by contradicting their “logic”. It was fairly uncomfortable and shocking to read at parts, particularly due to how they view Q, but definitely eye opening. It was also interesting to see how the Korean adults’ views differ to those of their children, and how the teens must act in a certain way in order to make their lives easier because of their parent’s beliefs.

Despite being heavy in parts, there were lots of light and funny moments sprinkled throughout the story. I found myself truly grinning whilst flipping the pages. A particular favourite was this gem of teen awkwardness which is SO ME it’s unbelievable!

“Frank, will you be my partner?”

“Thanks you,” I find myself saying.

Yoon also weaves situations into the story that make you stop and check your privilege. For example, while out for a meal with an American family who chose to dine at a Korean restaurant, they ask Frank to order for them which causes him to feel uncomfortable. He makes a good point of saying if someone’s ancestors come from another country, do they know everything about the food that culture offers? I certainly don’t know the ins and outs of English food! The family then learn from this and apologise – the accountbaility was a great addition.

Frankly in Love was more than just your average teen contemporary read; it took some turns I really wasn’t expecting. A diverse coming of age story dotted with some hard hitting truths and the navigation of first love in a society with strict expectations. I devoured the book in just a few sittings, with the plot containing enough action to keep me gripped without feeling messy. Another book down from the TBR Trolley!

Book Depository affiliate links used. If you use my link I earn a small commission.

12 thoughts on “Non-Spoiler Review: Frankly in Love by David Yoon” 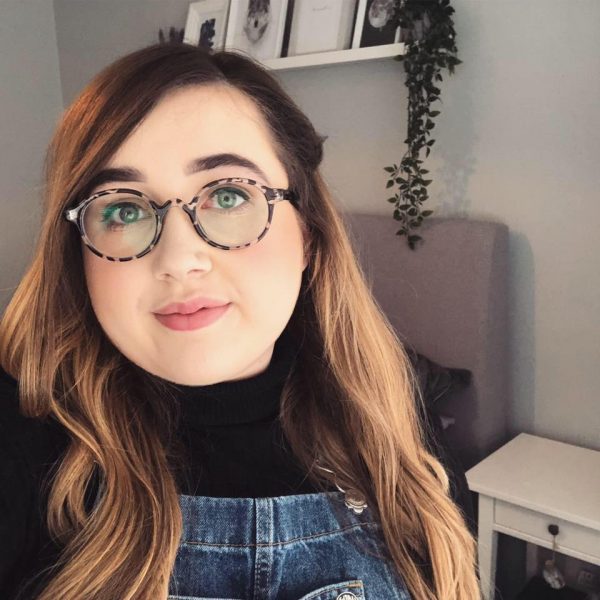 I'm Amy, a twenty-something life long book lover, cat mum and 1975 fan from the North West. Lover of fantasy, romance and ALL OF THE TROPES.

For fellow romance lovers, here’s the smut spice scale:
🌶 Pretty tame
🌶🌶 Is it getting hot in here?
🌶 🌶 🌶 DUNK ME IN A COLD BATH
🌶🌶🌶🌶 i melted goodbye

Happy publication day to one of the best books I h

Q: What books have you had on your TBR for TOO lon

“Your differences are what make you unique. They

Q: What pre orders have you made lately? • I did

TALK SMUTTY TO ME